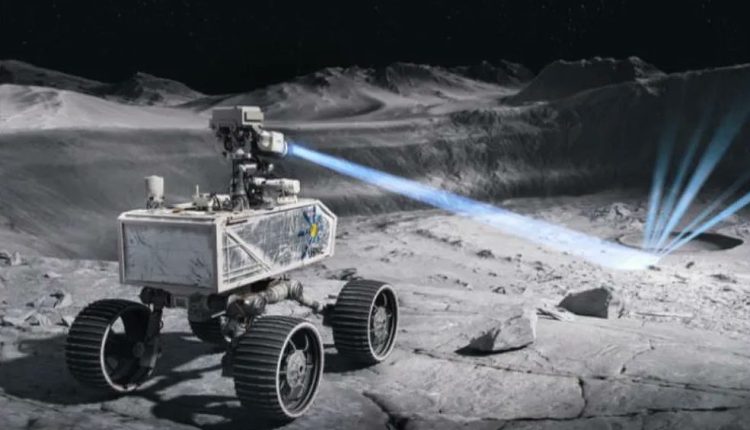 Not all flashlights are the same. Some are more powerful, use more power, or have features like blinking or strobe lights. Some aren’t even meant for humans, like a new project recently funded by a Phase I award from the NASA Institute for Advanced Concepts (NIAC). Designed by Ultra Safe Nuclear Corporation (USNC), this flashlight doesn’t emit visible light, but it does emit X-rays and gamma rays, and the project’s researchers believe it could be useful for finding resources on the moon.

Key to this technology is a novel radioisotope being developed by the USNC and known by the trade name EmberCore. It’s a type of nuclear chargeable ceramic, similar to the radioisotopes found in the radioisotope heat generators used by Mars rovers like Curiosity and Perseverance. So the radioisotope itself can be used as a power source for a rover, but has a distinct advantage over other RTG cores.

With a certain level of shielding, EmberCore emits X-rays and gamma rays that can be aimed at a specific location, much like a flashlight. In fact, the rover’s power source could also power a high-intensity scanning beam. According to the company’s press release accompanying the announcement of its Phase I award, the beam could travel many kilometers on a vacuum world.

Image of a hot EmberCore – multiple cylinders can be stacked for higher power output.
Credit – USNC

As in many remote sensing applications, this beam would then be reflected, at least in part, back to a rover-mounted sensor and can be analyzed to detect the material from which it was reflected. But X-rays have an additional function that anyone who has seen a medical device would be familiar with — they can see what’s beneath an object’s surface. Gamma rays can do that too.

This added benefit makes a steerable X-ray/gamma-ray remote sensing platform, which also serves as a power source for the rover, an exciting innovation and exactly the type of research NIAC typically strives for. The result of this preliminary research would be a mission design to one of two locations on the moon.

The first would be Shackleton Crater, long thought to contain large amounts of water. Access to this water would be critical to supporting any long-term human effort to live on the moon. A remote sensing platform that could scan the area surrounding the crater for key deposits both on and below the surface would be invaluable in guiding astronauts where to look.

Water in craters on the moon has been detected. Now we have to go there.

Another location would be the famous Sea of ​​Tranquility (Mare Tranquillitatis) where Apollo 11 landed on the moon for the first time. It has many layers of rock exposed that could provide insight into the geological formation of the moon. However, they are only accessible via dangerous terrain that would be difficult for any rover to traverse. Hitting them with an EmberCore flashlight would allow a rover to observe them from afar without making the difficult trek to get to them.

NIAC Phase I grants are a first step in a long journey toward deployment on a space mission. But USNC, which is based in Seattle and led by a former chief scientist at Los Alamos National Laboratory, and its EmberCore technology are starting down this path with this concept, and it’s not the first they’re doing. They were also funded by the US military’s Defense Innovation Unit to research a nuclear propulsion engine for spacecraft, also based on the EmberCore engine. There could be many more use cases for this novel innovation in space exploration in the future.