A set of black holes in a globular cluster 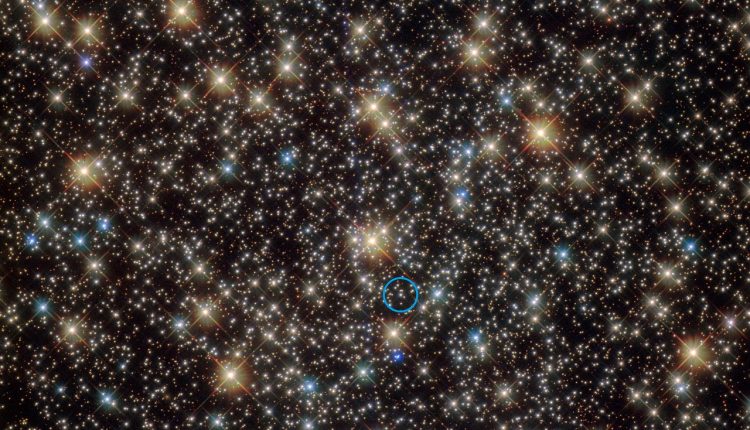 Black holes come in at least two sizes: small and large. Small black holes form from stars. When a large star reaches the end of its life, it usually ends in a supernova. The residual core then collapses under its own weight and forms a black hole or neutron star. Small stellar mass black holes are typically ten solar masses. Large black holes lurk in the centers of the galaxies. These supermassive black holes can be millions or billions of solar masses. They formed in the early universe and triggered the formation and evolution of galaxies around them.

But maybe black holes will also come into the medium. These medium-mass black holes (IMBHs) could grow from the rapid mergers of star-mass black holes, spanning hundreds or thousands of solar masses. It has long been believed that medium-sized black holes could form in the hearts of globular clusters.

A gap in the orbital speed shows that there is no IMBH. Photo credit: Vitral & Mamon

Because the globular cluster is so dense, the team examined the line spectra of the cluster to determine the motion of the stars in the cluster. When stars orbit the core of the globular cluster, their line spectra shift due to the Doppler effect due to their movement relative to the earth. Even without observing individual stars, the team was able to obtain a statistical distribution of their movement.

If there was a medium-mass black hole in the center of NGC 6397, the stellar velocities should be evenly distributed, with the central stars orbiting faster than those on the periphery. Instead, the team found a dynamic gap in star motion. This suggests the idea that there is no central mass in the cluster. Instead, the central region is likely filled with white dwarfs, neutron stars, and black holes with stellar mass.

While many globular clusters may contain a medium-sized black hole, we now know that this is not always the case. This latest study shows that the dynamics of black hole formation are complex and we still have much to learn.

Invoice Gates on his carbon footprint