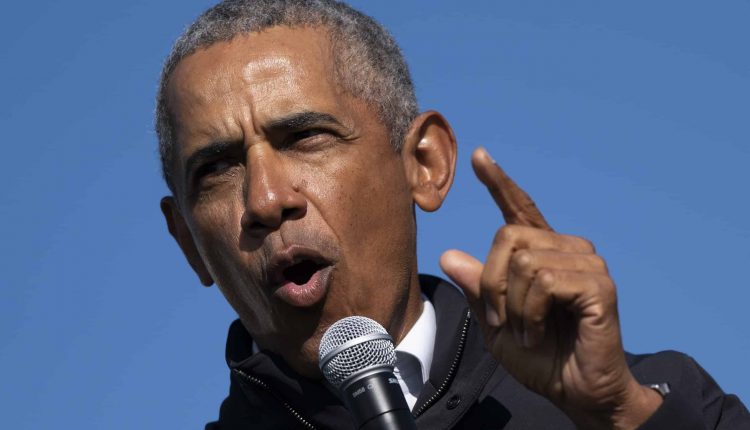 We all know that our eternal President Barack Obama showed a lot of grace and poise during his tenure, but recently he admitted that he used to have his paws on a classmate for calling him by his name.

During a recent episode of Bruce Springsteen’s “Renegades” podcast, Obama revealed that he once broke a classmate’s class after his then-boyfriend referred to him as “c ** n” during a locker room fight, The Hill reports.

“Look, when I was in school I had a boyfriend. We played basketball together, ”Obama told Springsteen during a major conversation about the race. “And once we argued and he called me ac ** n.”

Obama continued, “First of all, there are no problems in Hawaii, are there? It’s one of those things that he might not even know what it was. He knew, “I can hurt you if I say this.”

Obama said he remembered “slamming” his friend in the face and breaking his nose.

It is believed that this was the first time Obama told this story publicly.

He recalls telling his classmate, “I may be poor. I can be ignorant. I can be mean I can be ugly. I may not like myself. I can be unhappy. But do you know what I am not? I’m not you.”

He went on to say that this type of rhetoric is then institutionalized and used to justify dehumanizing someone or worse, killing them.

We imagine Obama heard far worse things from racists when he was the leader of the free world, but he definitely got his flowers to keep himself professional.

That doesn’t mean he won’t stop advocating social justice. He has spoken repeatedly about the continuing effects of racism on American society, even while in office.

This robotic chef is your private kitchen assistant

Digital developments winner of the CES 2021 Tech For Change Award