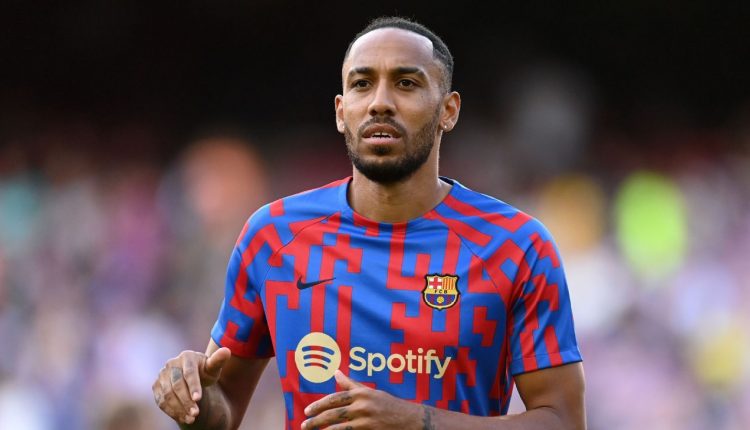 Pierre-Emerick Aubameyang was assaulted as an armed gang equipped with iron bars targeted at the Barcelona striker’s house on Monday, the club have confirmed.

Aubameyang and his wife were handcuffed and tied up for a sustained period during the burglary, although club sources say neither suffered serious injuries.

A battle for four titles and to make historical…

The thieves broke into Aubameyang’s home just outside of Barcelona in Castelldefels, where he lives with his wife and two children, in the early hours of Monday morning.

The house is about 200 meters away from properties still owned by ex-Barca stars Lionel Messi and Luis Suarez, who both use private security firms to safeguard their homes.

Aubameyang, 33, had just returned home from Barca’s 4-0 win against Real Valladolid on Sunday, where he was an unused substitute.

Sources confirmed the gang forced him to open a safe that contained jewelry, among other expensive items, which they took.

The gang have not yet been caught, according to police sources.

Just last week, Aubameyang’s teammate Robert Lewandowski had his watch, worth €70,000, stolen from his car as he arrived for training at Barca’s Ciutat Esportiva base.

“How Does It Really feel” To Be Doechii & SZA?