Chrissy Teigen and John Legend welcome their third little one! 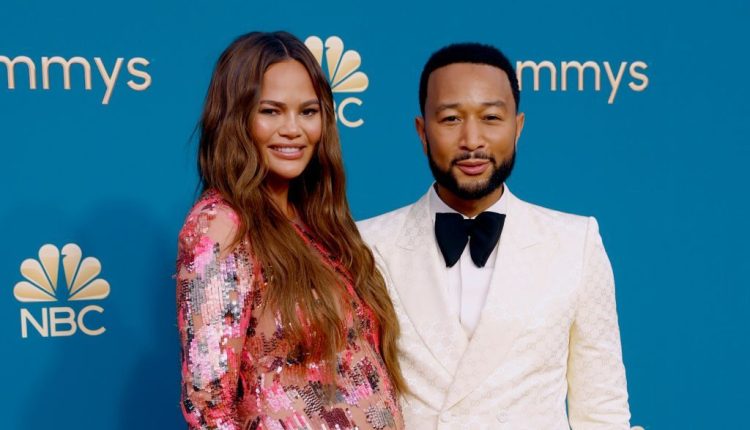 Chrissy Teigen and John Legend just welcomed the newest member of the family!

According to PEOPLE, the couple welcomed their third child together on Friday, January 13.

According to the outlet, Legend informed a crowd of fans about the arrival of his newborn during a private concert. He went on to say that he and Teigen welcomed “the baby this morning.”

“What a blessed day,” he added.

The singer also said that while he “didn’t get much sleep,” he feels “energized” after spending so much time in the hospital.

@johnlegend just told us he had a baby this morning #congratulations

The tweet was met with lots of congratulations to the couple and others who were curious about the newborn’s gender.

Congratulations John and Chrissy on the birth of your son. God bless your family….

Congratulations to John and Chrissy Legend! It is a wonderful blessing to have another glorious gift from God. May God continue to bless John and all his family.

Come on guys… all the baby tweets and you can’t tell us boy or girl.

The couple shared an update three days after their baby arrived

A source exclusively told PEOPLE that the couple are excited to welcome their third child.

Both were keen to add another baby to the family. It’s been a long road… Chrissy and the baby are fine.

The source added that the couple’s older children, 4-year-old Miles Theodore and 6-year-old Luna-Simone, are also “so excited”.

It’s such an amazing way for them to start the new year.

Back in September, Teigen spoke exclusively to the outlet and shared how quickly she and her family found out about the pregnancy.

Since we did IVF, we probably knew nine days after the transfer that it worked and we were pregnant. I told them very, very early on… They knew I was going to go in for the transfer, that we were going in and put that egg in Mom’s tummy. So they knew from the start, and they knew there was a chance it wouldn’t work because it had happened before.

Still, Teigen added that her kids have been “excited for a long time.”

I have a feeling this will be the longest pregnancy for them because they’ve known since the day. But they were really excited.

As previously reported by The Shade Room, the couple suffered the loss of their son Jack in September 2020.

Teigen later revealed that the loss of the child was due to an abortion rather than a miscarriage as most in the public believed.

The couple has not yet revealed the gender of their newest child.