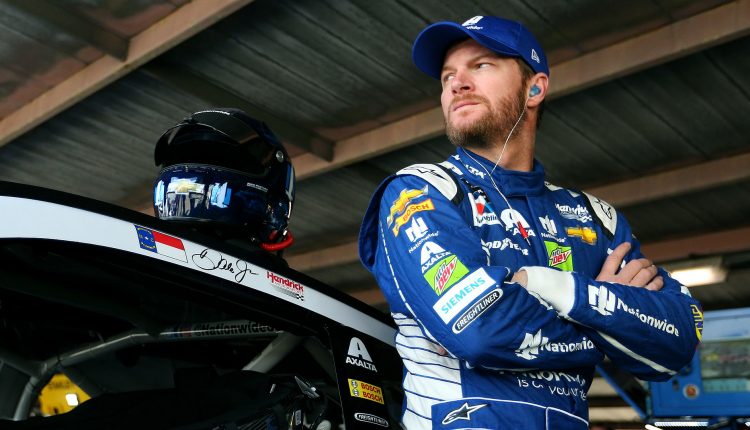 Junior is back at the wheel.

While Dale Earnhardt Jr. hasn’t raced at the highest NASCAR level since 2017, the fan-favorite driver has spent time on the Xfinity circuit and has driven a single race per year for JR Motorsports since 2018.

With fans wondering when Earnhardt would be back on track, Dale Jr. announced Monday that he will be participating in the 2021 Go Bowling 250 at Richmond Raceway on September 11th.

On the Dale Jr. ride, an American-themed volunteer paint job is shown paying tribute to the victims of the 20th anniversary terrorist attacks in collaboration with the team’s sponsor, Unilever.

“This year I’ll be doing the ‘United for America’ livery at the NASCAR Xfinity Series race in Richmond,” says Earnhardt in the video. “This race is on September 11th, a date that will live forever in our hearts and minds. Not only because of the unimaginable tragedy we witnessed, but also because of the way our country has unified. …

“Today we face new challenges that test our nation’s resolve. That means the lessons of 9/11 are as important today as they were 20 years ago. These lessons: unite, take care of one another, our heroes Support the front lines and commit to helping our communities restore, rebuild, and redefine their futures. “

Since he was no longer a full-time driver in 2017, Jr. has continued to race the Xfinity Series track for JR Motorsports and has finished in the top 5 for the past three years.

Regardless of his goal, a classy and cool gesture from Earnhardt.

CDC predicts a rise in US Covid instances by Might resulting from variant B.1.1.7 earlier than a “sturdy decline”.