Delete LinkedIn – You will not fucking remorse it 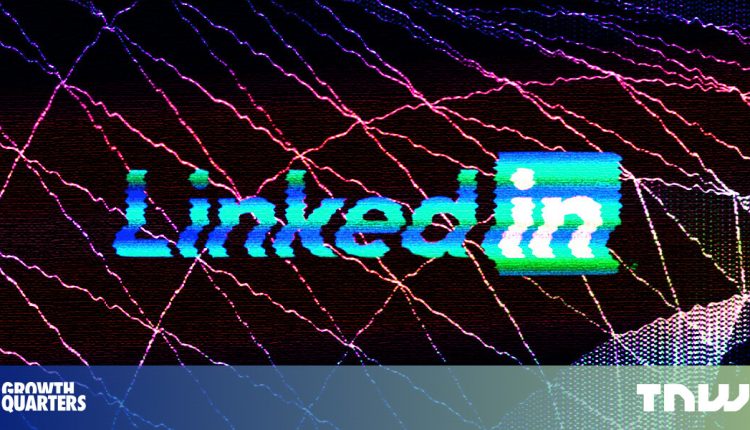 I deleted LinkedIn this week.

I’m enjoying a refreshing break from SEO and VA business development managers looking to join in the name of synergy. From work / life coaches who “just want to ask me one question”. And from copy-paste content written by would-be rock star recruiters about the various times when they either turned someone down or immediately gave them a job.

I’ve focused on reducing the channels and interactions that I invest my time in.

Just be on the platformMrs and create content that I enjoy; that supports my values ​​of authenticity and rejects notions of growth hacking cops ** t.

When was the last time LinkedIn gave you value?

It was my birthday the other day. I slowly hack my way into the jungle of my 30s with a machete made of tea, scones, and castle repeats.

I spent the day receiving over 500 (!) Birthday greetings from LinkedIn contacts whose names and faces I didn’t even recognize and who had clicked a notification prompt. Some of these birthday greetings were the only interaction I ever had with these contacts.

If you are interested in the value of one-on-one interactions between people, it is almost unsettling when communication is reduced to such an impersonal level. I do not need that.

I’m not alone in this. TechCrunch’s John Biggs put it best:

“I hate LinkedIn. I open it up out of habit and accept anyone who adds me because I don’t know why I wouldn’t. There is no clear benefit to the social network. I’ve never met a recruiter there. I’ve never got a job. The only messages I get are spam from offshore development teams and crypto announcements. It’s like Facebook without the benefit of seeing a picture of an award-winning chili or dog. “

I know some people will find jobs, opportunities, and meaningful connections on the platform. I am not one of them. Even if I were, I wouldn’t be enjoying it. At this point, it would almost look like telling my grandchildren that I met my husband on Grindr. LinkedIn is an extremely insincere and spurious platform. It’s full of people who seemingly unable to balance the reality of their lives with the glitz and facade of the curation. People who believe or want to believe that their job postings have the same weight as a Beyoncé album.

It’s a sales hellish landscape. It’s like getting stuck in a depressing virtual experience of Willy Loman

I know a thing or two about sales. I started my own business. it goes with the territory. My experience has taught me one thing. The only way you can effectively sell to someone is by developing an actual relationship with them, helping them as much as you can without having an agenda, giving before you ever ask for anything, and showing them that They have something to offer without banging on their door to offer it.

This is the opposite of LinkedIn. When people are sending you off-brand and awkward sales pitches at best – or at worst – you are scraping your data for scalable and completely useless outbound campaigns. They send pitch decks in the same breath that they first introduce themselves. They want you to buy for no reason.

Aside from sharing your data in exchange for the feel of a sales prospectus, LinkedIn doesn’t even work as a content platform

The numbers are often pretty cruel. The organic reach is just not there. A LinkedIn blog post will be seen by a fraction of your 5,000+ connections. What’s the point of publishing at all? A LinkedIn text post has a greater chance of being seen. But you compete with bullshit and pull your content up to par in the process.

The content that works on LinkedIn has no authenticity.
Buzzfeed’s Alex Kantrowitz and Ryan Mac identified one of the most insidious forms:

“If you spend enough time on LinkedIn, you’re sure to come across a Broem that has become the post format of choice for marketers, social media professionals, and“ growth evangelists ”. They draw you in with two half-inspiring personal lines you might find on the cover of a self-help book. Click on the hyperlink “… see more” and a series of additional lines will unfold – one paragraph at a time – that read like haikus in the employee handbook or an EE Cummings motivational poster. Sometimes there are emojis. Often there is a final fortune cookie snack on the topic of “changing your mindset” or a rhetorical question: “What did YOU do today?”

To be honest, I can do without it.

I’d rather focus my attention on platforms where I know that people are really researching, interacting, learning, and consuming. Quora. Angel list. Dribble. Medium. Substack. And yes, Twitter. And I’d rather get rid of the false sense of achievement we get from engaging on LinkedIn, where we log into a landfill multiple times a day and feel like we’ve connected and grown a bit with no evidence of belief.

It’s not as scary as it seems.

It is the pursuit of less, in honor of more. On platforms that focus on engaging, promoting, and climbing a social performance ladder, only those numbers that measure popularity matter. Clicks. Likes. Shares. Remarks. Each of these could have value in isolation, but in an attention-dependent relationship and the resulting ego boost, and become little more than a vanity metric.

And vanity metrics are pointless.

I would rather have 5 people who read my writing and actually give shit in a meaningful way than 5,000 who don’t care.

So no. I don’t want to add you to my professional network on LinkedIn.

If that’s your goal, I’d rather add you to a blocklist.

The second dose of the Covid vaccine is required for full immunity, says the infectious illness specialist

Halsey particulars how being pregnant affected her physique picture