Each Uranus and Neptune have actually weird magnetic fields 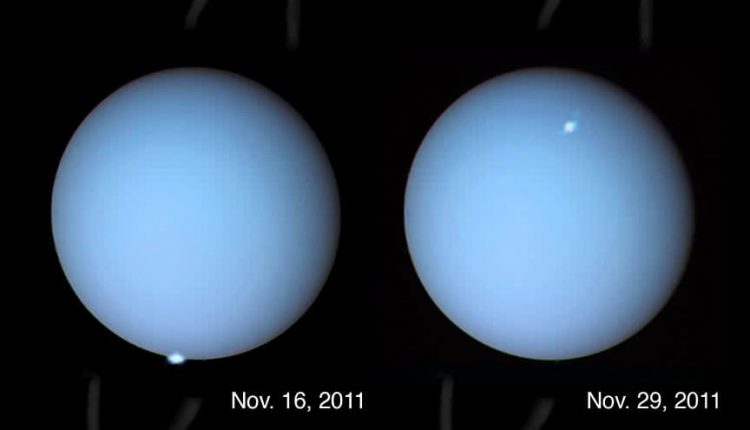 The magnetic fields of Uranus and Neptune are really seriously messed up. And we don’t know why.

Most planets (if they have any) magnetic fields are pretty simple. The planet rotates in a certain direction and the field roughly coincides with this direction of rotation. Sure, the fields may wander a bit here and there, but in general it all makes sense.

Scientists have long suspected that something unusual was happening on the planet. Both planets are believed to host large convective layers somewhere between the core and the atmosphere, where pressurized water and methane exist in a “superionic state” with properties of both liquids and solids. The superionic water and methane circulate in up-and-down patterns, and because they’re charged, the planets can create their magnetic fields there, not in the nuclei.

To test this idea, Tomoaki Kimura and Motohiko Murakami from the Institute for Geosciences at ETH Zurich examined the properties of ammonia under high pressure with a diamond cell anvil. By compressing the sample and heating it to over 2,000 degrees Celsius, they were able to recreate the inside of the ice giants.

They found that the superionic ammonia might actually be stable at these pressures and temperatures, suggesting that it might exist in these planets. Crucially, the ammonia was not viscous enough to form a stable layer deeper in the planet. In other words, for the convective layer idea to work it has to sit on a stable layer, and it seems difficult to get ammonia to play both roles. And without a convective layer, we cannot explain the structure of the magnetic field.

The secret of the ice giant’s magnetic fields remains unsolved for the time being.