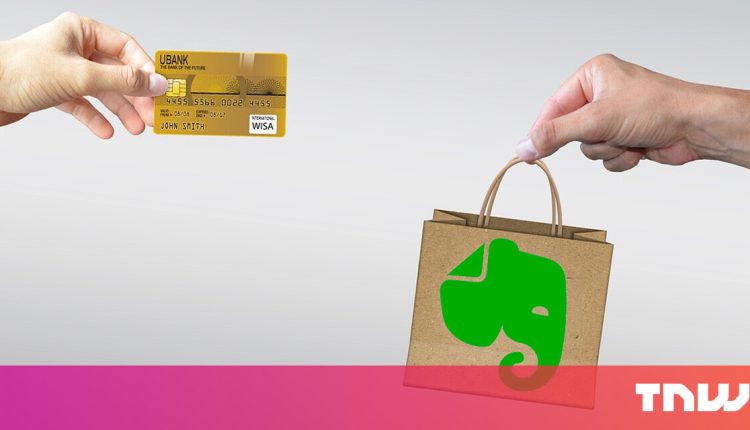 Evernote was at the top of the world for a while. The California note-taking app surfed through the tech productivity boom of the 2000s and became the leader in its field. But then it fell out of favor and became sluggish, buggy and expensive. Users abandoned the platform and flocked to other note-taking apps.

And it looks like more changes are afoot. On January 3rd, the sale of Evernote to the Italian company Bending Spoons was finally confirmed.

On the one hand, this could be worrying for remaining users. Evernote will no longer be an independent company, which means its current direction could change significantly. But then again… good?

I was an Evernote user for almost a decade before switching last year. It had just gotten too bad with the bloated, slow and cumbersome software, so I turned to Bear, a streamlined and beautiful app.

With a new owner, Evernote now has a chance for a clean start. Bending Spoons already has a range of consumer apps that are modern, powerful, and intuitive, and we have to assume that the Italian company will use its expertise to craft a new Evernote.

The question is, what is it supposed to do? How can Bending Spoons restore Evernote to its former glory? Well we have some ideas.

That was one of the main reasons I moved away from Evernote. While I’ve used and loved some of the app’s features (like web clipping and document scanning), the main reason I used Evernote was for note-taking.

While write and search speeds were acceptable on desktop, this wasn’t the case on mobile devices – especially if they were a few years old.

If Bending Spoons wants to make Evernote shine again, making its app offering as lightning fast as possible would be a good start.

This is a photo of the old Evernote app from a meeting in Paris. Photo credit: Heisenberg Media

In the mid-2010s, while Evernote was in the process of accepting massive amounts of VC funds, the company diversified its offering to capture more revenue streams. What that catchphrase means in human language is that Evernote has crammed a whole load of features into the app and has tried to be active in as many stores as possible.

Much of this was poorly planned and tested, leading to Jason Kincaid’s software being infamously described as a “bug-infested elephant”.

Although there have been upgrades to Evernote since then that have improved overall performance, it still feels like the app is trying to do too much. Of course, having multimedia capabilities and integration with multiple apps is great for some people, but Evernote’s core purpose should be note-taking. Instead, it focuses on things like chat, calendar, and tasks, although these areas of its software fare far worse than the competition.

Bending Spoons should either aim to cut back on Evernote’s features, or allow users to easily opt-out of certain features so the app can function as seamlessly as possible.

Evernote has a number of different apps outside of its core software – and some of these should be brought back into the main product. 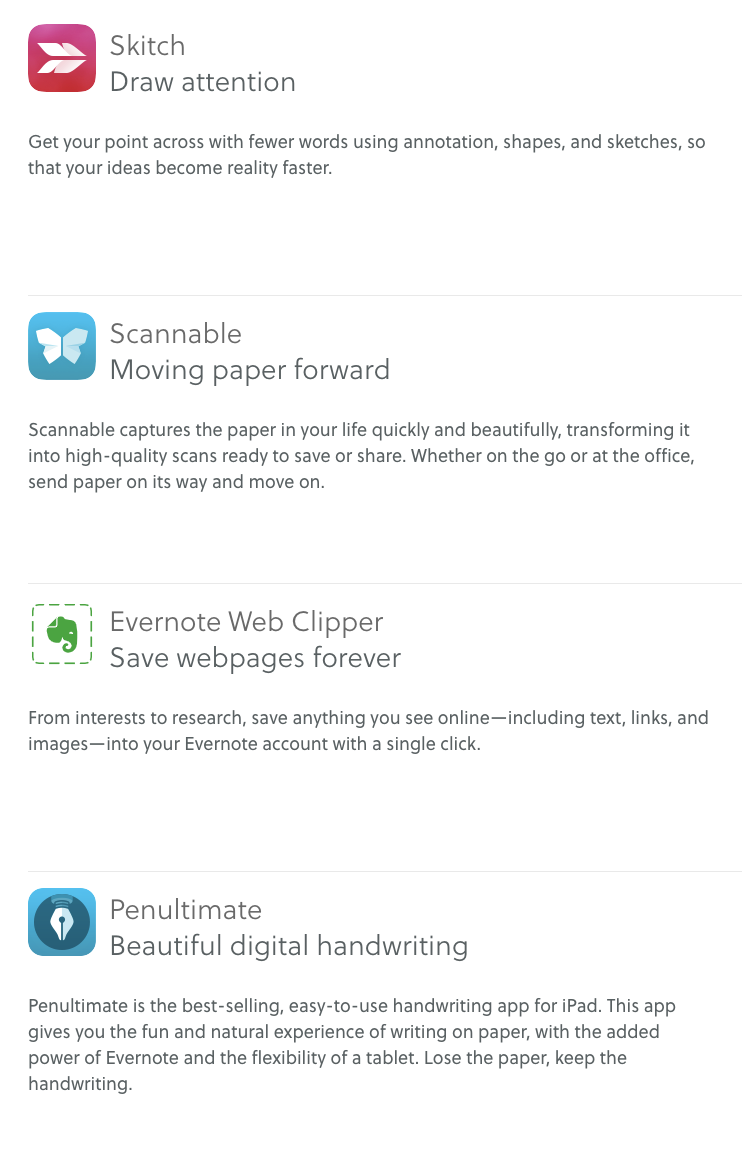 Except for Web Clipper. This is still an excellent extension and app.

On the one hand, combining these apps with Evernote goes against the point above to reduce bloat, but listen to me.

The software has tried to do many of the things you wouldn’t expect from a note-taking app. For example, why would I ever want to chat about the same thing I write about?

But check out these apps again above. These include a sketcher, a document scanner, and a handwriting app—all useful things for taking notes. Rather than being shielded and largely forgotten by Evernote, these should be key features to make the note-taking process as effective as possible.

Reduce the price of Evernote

Cost was a big factor in leaving Evernote. Back then I was paying €70 a year to take notes. That’s a stupid amount of money – especially considering how I spent it.

I never got close to the allotted 10GB of storage per month, didn’t need calendar integration or task management, and never found a reason to connect to Google Drive. So what did I pay €70 a year for?

Bear — my current app — costs me about €14 ($15) for the same period, and I can’t say I’ve missed any of Evernote’s features since I made the switch.

I understand there will be some power users who want a full suite of features, but I guarantee there are many more who just want to clip websites and save notes. So why not introduce a tier closer to €20 per year? Something that offers all the basic features people need?

If Bending Spoons wants to save Evernote and get it back to its former glory, the first thing it should do is respect the users. Stop forcing upgrades on people every chance you get. Stop overly restricting the number of devices individuals can use the free version with. Stop ignoring user complaints.

Instead, there needs to be a culture of respect and dialogue that treats those who use Evernote like people rather than walking around with dollar signs.

Yes, Evernote has slumped, but it still has a strong enough brand and enough fans to be special again. Gone are the days of rampant tech booms, but there’s still a place for excellent apps that do simple things well. Let’s see if Bending Spoons can pull this off.

Omicron XBB.1.5 is rising sooner than different sub-variants within the US