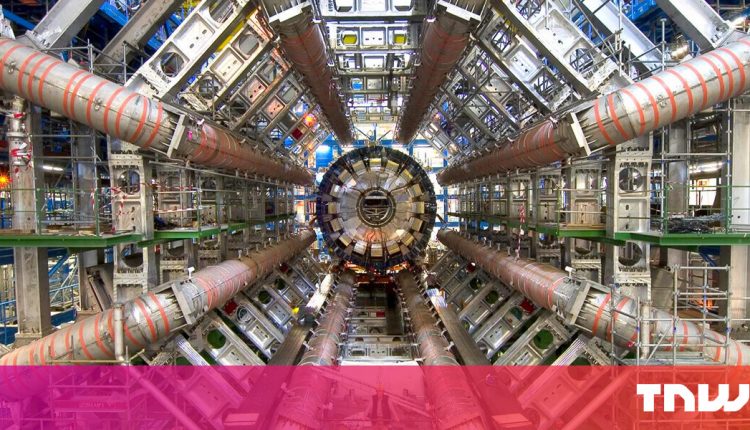 This month is a time to celebrate. CERN has just announced the discovery of four brand new particles at the Large Hadron Collider (LHC) in Geneva. This means that in addition to the Nobel Prize-winning Higgs boson, the LHC has now found a total of 59 new particles since it started colliding protons – particles that make up the atomic nucleus along with neutrons – while exciting some of these new particles were expected based on our established theories, some were more surprising overall.

The aim of the LHC is to study the structure of matter at the shortest distances and with the highest energies that have ever been studied in the laboratory. Our current best natural theory is tested: the standard model of particle physics. And the LHC delivered the goods – it enabled scientists to discover the Higgs boson, the final missing piece of the model. Even so, the theory is far from being fully understood.

One of the most problematic features is the description of the strong force that holds the nucleus together. The nucleus is made up of protons and neutrons, which in turn are made up of three tiny particles called quarks (there are six different types of quarks: up, down, charm, strange, up, and down). If we switched off the strong force for a second, all matter would instantly dissolve into a soup of loose quarks – a state that existed for a fleeting instant at the beginning of the universe.

Don’t get us wrong: the theory of strong interaction, which is pretentiously referred to as “quantum chromodynamics”, has a very solid foundation. It describes how quarks interact through the strong force by exchanging particles called gluons. You can think of gluons as analogues of the better-known photon, the light particle and carrier of electromagnetic force.

However, the way gluons interact with quarks makes the strong force behave very differently than electromagnetism. While the electromagnetic force gets weaker when you pull two charged particles apart, the strong force actually gets stronger when you pull two quarks apart. As a result, quarks are forever trapped in particles called hadrons – particles made up of two or more quarks – which include protons and neutrons. Unless you smash them with incredible speed, like we do at CERN.

To further complicate matters, all particles in the Standard Model have antiparticles that are nearly identical to themselves but have the opposite charge (or some other quantum property). Eventually, when you pull a quark from a proton, the force is strong enough to form a quark-antiquark pair, with the newly created quark entering the proton. At the end you get a proton and a brand new “meson”, a particle made from a quark and an antiquark. That may sound strange, but according to quantum mechanics, which govern the universe on the smallest scales, particles can jump out of empty space.

This has been shown repeatedly through experiments – we have never seen a solitary curd. An unpleasant feature of the strong force theory is that calculations of a simple process in electromagnetism are impossible to get complicated. We cannot (yet) prove theoretically that quarks cannot exist alone. Worse, we cannot even calculate which combinations of quarks would be viable in nature and which would not.

For a long time only baryons and mesons were seen in experiments. In 2003, the Belle experiment in Japan discovered a particle that did not fit anywhere. It turned out to be the first in a long line of tetraquarks. In 2015, the LHCb experiment at the LHC discovered two pentaquarks. The four new particles we recently discovered are all tetraquarks with a charm quark pair and two other quarks. All of these objects are particles, just as the proton and neutron are particles. But they are not fundamental particles: quarks and electrons are the real building blocks of matter.

The LHC has now discovered 59 new hadrons. These include the recently discovered tetraquarks, but also new mesons and baryons. All of these new particles contain heavy quarks like “charm” and “soil”.

These hadrons are interesting to study. They tell us what nature considers acceptable as a bound combination of quarks, if only for a very short time. They also tell us what nature doesn’t like. For example, why do all tetra and pentaquarks contain a charm-quark pair (with only one exception)? And why are there no corresponding particles with strange quark pairs? There is currently no explanation. 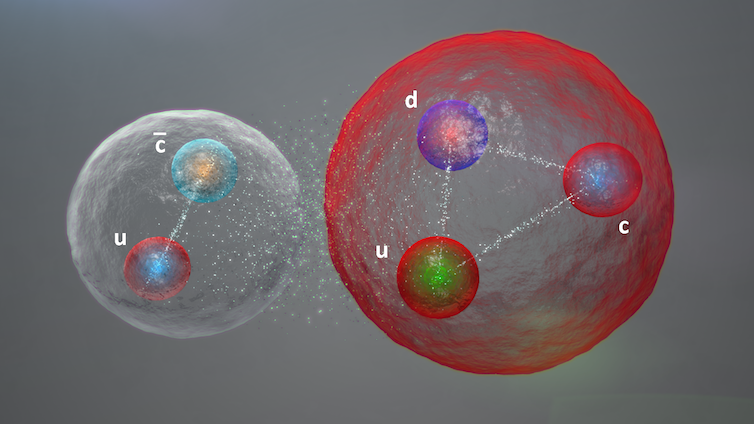 Another mystery is how these particles are connected to one another by the strong force. A school of theorists regards them as compact objects like the proton or the neutron. Others claim they are similar to “molecules” made up of two loosely bound hadrons. Each newly found hadron allows experiments to measure its mass and other properties that tell something about how the strong force behaves. This helps bridge the gap between experiment and theory. The more hadrons we can find, the better we can match the models to the experimental facts.

These models are critical to achieving the LHC’s ultimate goal: to find physics beyond the Standard Model. Despite its success, the Standard Model is certainly not the last word in understanding particles. For example, it is incompatible with cosmological models that describe the formation of the universe.

The LHC is looking for new fundamental particles that could explain these discrepancies. These particles could be visible at the LHC but hidden in the background of the particle interactions. Or they could show up as small quantum mechanical effects in known processes. Either way, a better understanding of the strong force is required to find it. With each new hadron we improve our knowledge of the laws of nature and lead us to a better description of the most fundamental properties of matter.

Read on: The One Question Every Leader Should Be Asking