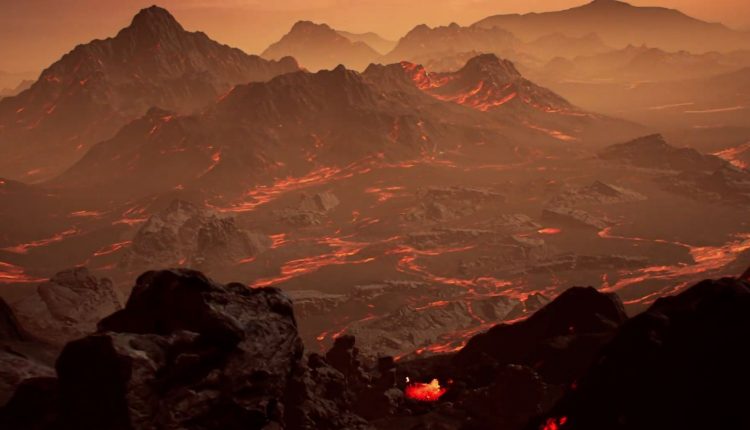 Over the past two and a half decades, astronomers have confirmed the existence of thousands of exoplanets. In recent years, thanks to improved instrumentation and methodology, the process has slowly shifted from the discovery process to the characterization process. In particular, astronomers hope to obtain spectra from exoplanet atmospheres that indicate their chemical composition.

This is not an easy task as direct imaging is very difficult and the only other method is to make observations during the passes. However, astronomers from the CARMENES consortium recently reported the discovery of a hot rocky super-earth orbiting the nearby red dwarf star. Although this planet is extremely hot, it has retained part of its original atmosphere, making it uniquely suited for observations with next-generation telescopes.

Part of the problem with characterizing exoplanets is that those considered most likely to be habitable are rocky exoplanets orbiting close to their stars. Any light reflected from their atmospheres and surfaces will therefore be overwhelmed by the light from their parent star. Therefore, direct imaging is typically only possible in the case of gas giants with long orbits.

Occasionally, astronomers can study light falling through a planet’s atmosphere as it passes in front of its parent star (also called transits). This also presents challenges, as rocky planets have a comparatively thin atmosphere compared to gas giants (assuming they have one at all). As a result, many of the current atmospheric models for rocky planets remain untested.

Astronomers used both transit photometry and radial velocity measurements – currently the two most effective methods (especially in combination) – to confirm the existence of Gliese 486b. This was done using data from the Transiting Exoplanet Survey Satellite (TESS), the 1.52m long Telescopio Carlos Sánchez at the Teide Observatory, the LCOGT network (Las Cumbres Observatory Global Telescope) and other instruments.

This newest planet discovered by the CARMENES consortium is known as Gliese 486b, a super-earth orbiting an M-star (red dwarf) just 26 light-years away. This planet is about 2.8 times the mass of Earth, has a composition similar to Earth and Venus, and orbits 2.5 million km (1.55 million miles) from its star – about 1.6% of that Distance between the earth and the sun – and takes 1.5 days to complete an orbit.

This exoplanet, due to its proximity to Earth, rocky composition, tight orbit with its parent star, and the fact that it has preserved an atmosphere, meets all the requirements for next-generation telescope observations. Since Gliese 486b has a star rotation equal to orbit time (1.5 days), it is tide-locked with its parent star (one side is always facing it).

Trifon Trifonov, a planetary researcher at the Max Planck Institute for Astronomy (MPIA) in Heidelberg, was the main author of the research study. As he recently stated in a MPIA press release:

“The proximity of this exoplanet is exciting as it will be possible to study it more closely with powerful telescopes such as the upcoming James Webb Space Telescope and future extremely large telescopes.

“We can’t wait for the new telescopes to be available. The results will help us understand how well rocky planets can hold their atmosphere, what they are made of, and how they affect the distribution of energy on the planets. “

Although Gliese 486 is a relatively faint and cool star (compared to the Sun), the amount of radiation it is exposed to is so strong that the planet experiences surface temperatures of up to 700 K (430 ° C). From all of this, the surface of Gliese 486b is likely to be very similar to Venus, with a hot and dry landscape criss-crossed by glowing lava flows.

One big difference, however, is that Gliese 486b appears to have a faint atmosphere (while Venus has an incredibly dense one). This is impressive when you consider that our current planetary models indicate that radiation tends to clear planets of their gaseous envelopes. In that case, any atmosphere left on the planet would be held back by the gravity of super-earth.

When José A. Caballero from the Centro de Astrobiología (CSIC-INTA, Spain) and co-author of the paper came to the following conclusion:

In the future, the CARMENES team hopes to be able to observe Gliese 486b in transit in front of its star (relative to us). At this point, small amounts of light pass through the planet’s thin atmosphere, which can be seen by observatories like James Webb. A second series of spectroscopic measurements is taken whenever Gliese 486b’s orbit takes it past its star.

At this point, light reflected from the planet’s surface can be examined to obtain emission spectra. Between these two types of spectroscopic observations, astronomers can test the on-site methods they can use to narrow down their search for habitable planets. Ground-based observatories such as the Extrem Large Telescope (ELT) and the Giant Magellan Telescope (GMT) also enable direct imaging and spectroscopic examinations.

Calar Alto’s high resolution search for M dwarfs with exoearths using near infrared and optical Échelle Spectrographs (CARMENES) consortium consists of over 200 scientists and engineers from 11 institutions in Spain and Germany. The study, describing their finding, “A nearby rocky exoplanet suitable for atmospheric studies,” recently appeared in the journal Science (Vol. 371, No. 6533).

Why should not you count on Tesla’s ‘Full Self Driving’ to be out of beta quickly?