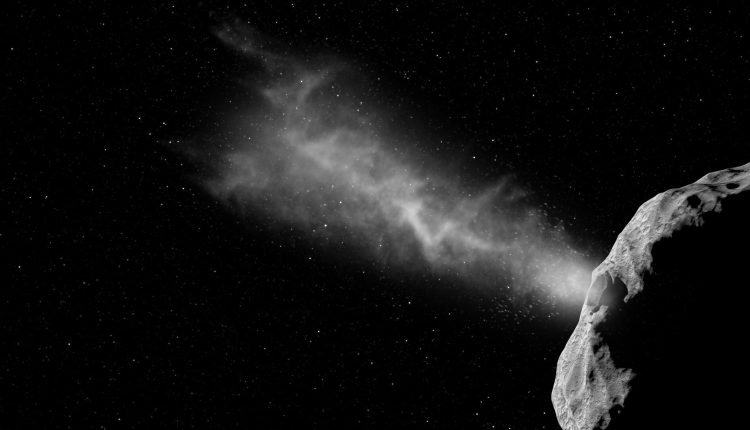 The otherwise unremarkable Didymos-Dimorphos binary made headlines as the target of NASA’s successful DART (Double Asteroid Redirect Test) mission. With new details about the system, astronomers have hypothesized how this strange binary asteroid formed.

It starts with the skid. Any solid spinning fast enough will lose parts of itself as centrifugal force overwhelms gravity. This is especially true for asteroids, which are not very large to begin with and are only loosely held together. Recently, a team of astronomers used this fact to propose a plausible formation mechanism for Didymos and Dimorphos.

In this scenario, Didymos turned around far too quickly a long time ago. It could be from a fleeting collision or simply from too much gravitational interaction with neighbors. As soon as it spun, it started losing mass, which formed a ring around it. Originally, this ring would lie within what is known as the asteroid’s Roche limit. The Roche limit is where the gravitational tidal force of a parent body is stronger than the ability of orbiting material to hold itself together. So no dimorphos could form within the Roche limit.

But many interactions allow some of the material to migrate away from the ring and beyond the Roche limit, where it would eventually coalesce. The material that escaped eventually became the small moon Dimorphos.

Astronomers estimate that Didymos had to lose at least 25% of its mass to form Dimorphos in this way. This model also predicts that Dimorphos will have a very irregular shape because it was built from the slow accumulation of many smaller objects, consistent with our observations.

While NASA’s DART mission was an overall success and showed that we can finally nudge an asteroid’s orbit if needed, the mission has another side benefit. It helps us explore the intricate, intricate lives of some of the smallest and most commonly ignored objects in the solar system.