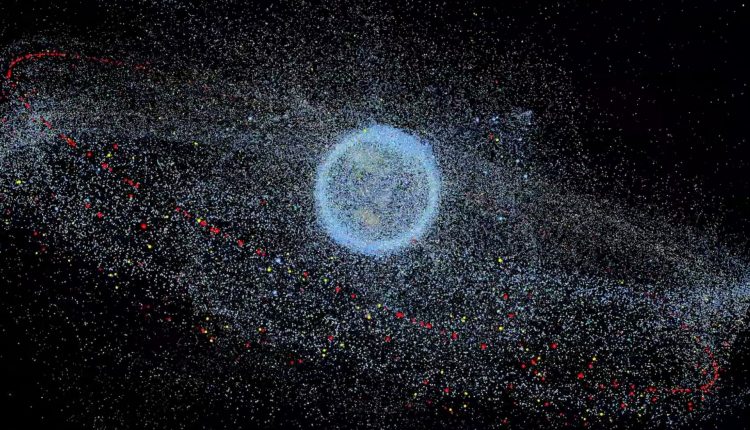 Starlink is one of the most ambitious space missions we have ever undertaken. There are currently plans to put 12,000 communications satellites into low-earth orbit, with the possibility of another 30,000 later. Just getting them into orbit is a huge engineering challenge, and with so many chunks of metal in orbit, some people fear that doing so could lead to a cascade of collisions that make satellites impossible to survive. Let’s say we solve these problems and Starlink succeeds. What is the next step? What if we go further and create a mega-constellation of satellites and space stations? What if an alien civilization has already created such a mega-constellation around its world? Could we see it from the earth?

This is the idea behind an article recently published on arXiv. It is based on an idea about how civilizations could grow over time known as the Kardashev Scale. It is based on the level of energy a civilization can use, with Type I consuming energy on a global scale, Type II consuming energy from a star and so on. By some estimates, the earth is roughly at the 0.7 level. If a Type I were to build a Starlink-like constellation of satellites, it would push the boundaries of orbital technology.

Building, starting, and maintaining such a complex structure would require a lot of energy and raw materials, and this would generate waste heat that we could potentially detect. Using some rough estimates, the paper shows that such a constellation would produce a unique infrared signature. In addition, with current infrared telescopes such as the Very Large Telescope Interferometer (VLTI), we were able to detect this signature on every planet within about 280 light years of us. There are approximately 1,000 Sun-like stars at this distance. So if Type I civilizations are pretty common, we’ve got a good chance of finding one.

Previously, civilizations on the Kardashev scale were searched unsuccessfully. Most of these studies, however, have focused on highly developed Type II or Type III civilizations that would leave evidence at the galactic level. What makes this idea interesting is that it focuses on Type I, which is much closer to our current location. With luck, we could become a Type I civilization in a millennium. We would have a much better chance of seeing the evidence of a civilization like ours than a sophisticated civilization spanning a galaxy.