LG CES Highlights: All introduced for 2021 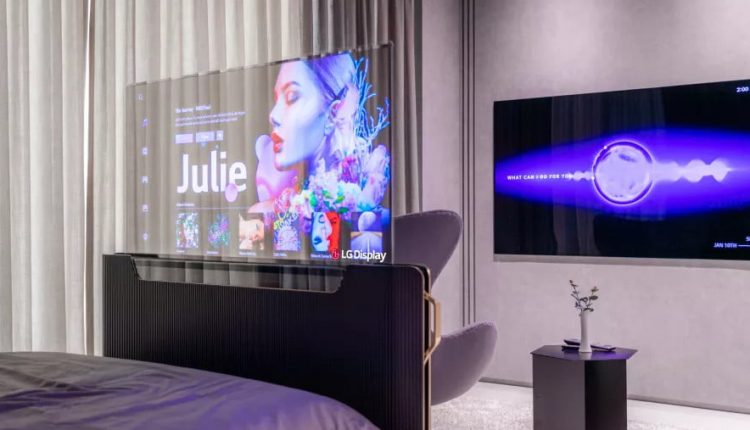 LG helped kick off the first day of CES 2021 with a list of exciting product announcements showcasing televisions, phones, and various smart home technologies. The latest OLED TV models will usher in a new era of home entertainment optimization and smart home devices – and we’re still trying to take a quick look at the rollable smartphone / tablet.

Below is everything LG has announced so far at CES 2021.

The rollable phone from LG is here

The star of the show for LG was a sneak peek of the new LG Rollable. Basically, the device expands and shrinks, changing from the size of a phone to the size of a tablet within seconds. We got a glimpse of what the rolling sequence might look like at the end of LG’s presentation, and rumors have been circulating for years that LG is working on a product like this. We always imagined it was a way out, but the company has claimed that the LG Rollable will hit the market later this year.

LG has said in the past that despite the introduction of foldable phones by competition, the technology is not yet ready for the mainstream market. That has led to alternatives like the pivoting LG Wing with two screens and now the LG Rollable. OLED technology has opened up the industry to such products because the panels are thin and flexible, can be rolled tightly around an edge of the phone, and when placed on some sort of slide rail, the phone can expand and extrude the display slowly over the extended frame.

We will wait patiently for more information and teasers – and keep our fingers crossed that the CES will be introduced a little differently next year.

LG is pushing OLED televisions to their limits

Over the past few years, LG’s newly announced OLED TVs have looked pretty similar to last year’s models. This year, LG’s latest line of products – OLED EVO – features several improvements and some of the biggest TV trends of the year.

First of all, LG is bringing more sizes to market. Variations on existing sizes will be 42- and 83-inch OLED panels, but there will also be smaller ones that go “down to the 20-30” range, according to a press release from LG. These smaller models are geared towards gaming, mobility, and personal viewing options.

All but the A series will receive the new a9 Gen 4 AI processor from LG, the most powerful chip to date. A9 Gen 4 uses deep learning to improve image scaling and make content near perfect for those specific ads. The processor is also equipped with AI Picture Pro, a feature that detects objects on the screen and is able to differentiate between the foreground and the background. This artificially alters the original image by using digital noise reduction to remove grain and noise.

LG also announced a new line of QNED mini LED TVs ahead of CES 2021, which will feature LG’s absolute best LCD-based displays alongside the award-winning OLED TV line-up. It’s called QNED Mini-LED and covers 10 models in 4K and 8K resolution, with screen sizes going up to 86 inches. However, we are still a little concerned about the term “QNED” which is used to describe its quantum dot televisions.

If these introductions don’t sound futuristic enough to you, LG is also experimenting with the transparency of the television screen by introducing a transparent television that can be rolled up from the foot of a bed. The appropriately titled Smart Bed TV is a 55-inch OLED screen with 40% transparency, designed to be the ultimate home theater tool and bedtime smart home device.

For more of the best TVs at CES, check out our larger selection of screens.

LG’s Magic Remote and WebOS software is getting a makeover

LG’s WebOS software is undergoing a major overhaul and is set to enter the modern era of content-oriented home screens. Instead of the operating system showing a simple ribbon of apps at the bottom of the screen, users can now view highlighted content in apps, such as: B. curated playlists or quick weather forecasts. The software also creates a user profile based on your observation habits and continuously optimizes the recommendations.

LG has also updated its Magic Remote with a new, more ergonomic design that now includes dedicated buttons for LG’s ThinQ voice service, as well as for Google Assistant and Amazon Alexa. Another nifty new feature on select Magic Remotes is an NFC-enabled tap-to-share system called Magic Tap, which allows you to quickly transfer content from your NFC-equipped phone to the TV, or vice versa, what LG calls reverse mirroring .

In a major move for cloud gaming, LG announced that Google Stadia and GeForce Now are both coming to TV later this year. Both services will have a dedicated app for LG TVs. GeForce Now launches in the fourth quarter and Google Stadia at an undisclosed time in late 2021, making it easier for interested gamers to access cloud games.

The company will also unveil a 48-inch, gaming-centric OLED TV with bendable cinematic sound, the curvature of which is designed to enhance immersion in the gaming experience.

LG has finally unveiled its 2021 range of Gram PCs. The new laptops and 2-in-1s have a narrow 16:10 aspect ratio and an ultra-portable, lightweight design.

The 2021 LG Gram PCs are available in five different versions this year: Gram 17, Gram 16 and Gram 14 as well as a 14- and 16-inch 2-in-1 model. All devices are also Intel Evo certified, which means they have Intel’s 11th General Core processor, either 8 GB or 16 GB of RAM, and the new Xe graphics from Intel.

The InstaView refrigerator continues to improve

LG continues to add features to its stylish InstaView door-in-door refrigerator, which landed a few years ago.

One of the coolest improvements to this side-by-side refrigerator is the introduction of a voice activated door. Have you ever tried moving too much food at once to find that you don’t have a free hand to open the refrigerator door? With the InstaView that’s no problem – just say “Open the refrigerator door”. Users can also use this voice technology to check the status of the ice and water dispensers.

LG has also improved other smart features for 2021. The InstaView window is 23% larger than previous models, creating a more immersive, tinted glass panel. With just two quick taps on the transparent glass, you can even see virtually the entire contents of your refrigerator.

This refrigerator model now also supports LG’s UVnano technology, which uses the power of light to ensure a hygienic and sterile faucet.

The CordZeroThinQ A9 Compressor + contains six different accessories and accessories, all of which can be easily stored in the docking station. It can also wipe so no additional tool is required. All you have to do is exchange the attachments.

With the LG WashTower, LG makes washing laundry easier and smoother than ever before. The one-unit laundry station takes up less space than other stacked laundry pairs. The control panel is right in the middle of the unit so both the washer and dryer controls are easily accessible.

According to LG, every second consumer uses the normal cycle for their washing machines and dryers as standard because they do not know which settings are optimal for their clothing. LG strives to do the job for you with built-in information and sensors that can detect fabric structure and select the correct washing movements and temperatures to provide the best care for clothes.

While the device looks small and sleek, both the washer and dryer are designed to hold your largest loads of laundry and power them up in less than 30 minutes.