Local weather Woke G7 Agrees to Get rid of Coal Jobs – Watts Up With That? 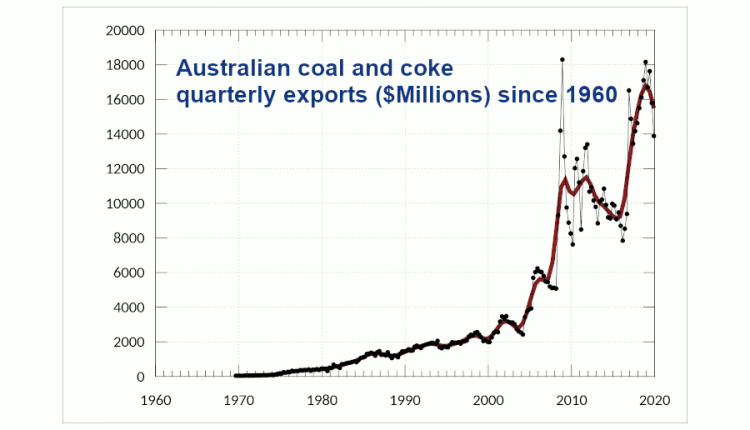 Climate Woke G7 Agrees to Eliminate Coal Jobs – Watts Up With That?

By Toby Hudson – This image is based on Australian Bureau of Statistics data.The underlying data is from series A3534883X : column 11, table 530207, available as part of a set with analysis, metadata and explanatory notes, or in the Excel file, and is licensed under the Creative Commons Attribution 2.5 license (Australia)., CC BY-SA 3.0 au, link

Anyone listening in Pennsylvania?

The Group of Seven nations on Sunday pledged to rapidly scale up technologies and policies that accelerate the transition away from unabated coal capacity, including ending new government support for coal power by the end of this year.

“We stress that international investments in unabated coal must stop now and we commit now to an end to new direct government support for unabated international thermal coal power generation by the end of 2021,” they said.

Back in the real world, Germany’s wind sector appears to be collapsing, Britain is building a new coal mine (maybe), China is building hundreds of new coal plants around the world, and Asia appears to be ramping up steel production to resource a major military buildup, and coal prices are on the rise, as production struggles to keep up with demand. Which makes the G7 anti-coal statement a strong candidate for the most pointless communique ever.

Delivering vaccines is a problem