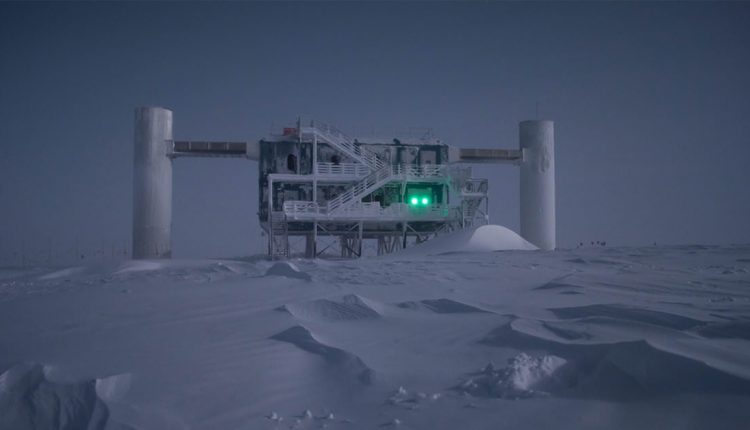 Under the ice at the South Pole is a neutrino observatory called the IceCube. From time to time IceCube detects a particularly high-energy neutrino from space. Some of them are so energetic that we are not entirely sure what is causing them. However, a new article points to quasars as the culprit.

Quasars are distant, supermassive black holes. During the early universe, many of these black holes were extremely active. The hot material that surrounds these black holes can emit anything from X-rays to powerful rays of radio light. In this new work, the team analyzed 7 years of data from IceCube and found an interesting correlation between quasars and high-energy neutrinos.

The data showed that most of the high-energy neutrinos came from the centers of quasars. They are often detected at the time a quasar is exposed to a strong radio burst. Since neutrinos travel almost at the speed of light, photons and neutrinos reach Earth almost at the same time. This suggests that the quasar radio bursts produce neutrinos.

To explain this, the team suggested a rough model. Strong radio quasar bursts occur when hot ionized gas passes through strong magnetic fields near the black hole. The charged particles are accelerated, causing them to emit radio light. However, a fast flow of dense plasma also leads to nuclei and electrons colliding with one another. The high-energy collision of protons can create pions that emit gamma rays and neutrinos when they decay.

This is just a rough model. To further explore their idea, the team will collect more radio observations of quasars as well as data from a neutrino telescope known as the Baikal Gigaton Volume Detector. Together, this will enable them to study the central regions of quasars in detail.