New know-how to seek for life, whether or not it’s just like earth life or not 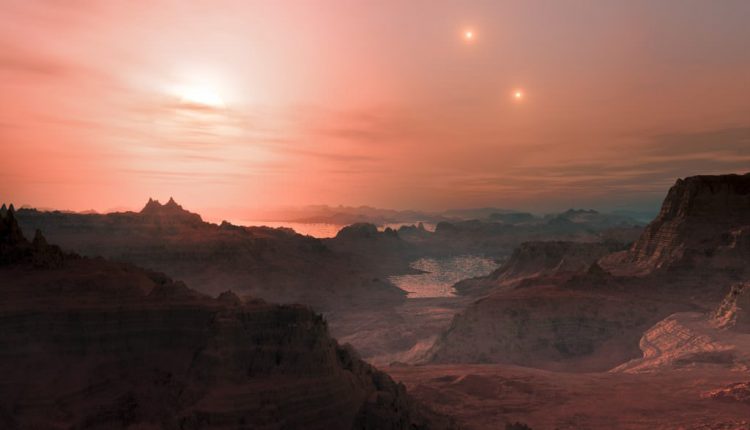 In 1960, the first Alien Intelligence Search (SETI) survey was conducted at the Green Bank Observatory in West Virginia. This was the Ozma project, developed by the famous astronomer and SETI pioneer Frank Drake (after whom the Drake equation is named). Since then, joint efforts to find evidence of off-earth life have come together in a new area of ​​study known as astrobiology.

The search for extraterrestrial life has sparked new interest thanks to the thousands of exoplanets discovered in recent years. Unfortunately, our efforts are still severely constrained by our limited frame of reference. However, a new tool developed by a team of researchers from the University of Glasgow and Arizona State University (ASU) could point the way to life in all of its forms!

The study describing its results, recently published in the journal Nature Communications, was carried out by Prof. Leroy Cronin and his team from the School of Chemistry at the University of Glasgow, UK. There were also members of the Beyond Center for Concepts in Fundamental Science at Arizona State University (ASU) and the Astrobiology Analytical Laboratory at NASA’s Goddard Space Flight Center.

At the heart of this new tool is a concept called Assembly Theory, developed by Prof. Leroy Cronin – a Regius Professor of Chemistry – and his colleagues at the Glasgow School of Chemistry with the support of scientists from ASU. This theory describes how living systems can be distinguished from inanimate ones by identifying complex molecules that are produced in abundance (and cannot form randomly).

Applied to molecules, assembly theory identifies molecules as biosignatures based on what life does, not what it is. As Cronin stated in an ASU press release:

“Our system is the first falsifiable hypothesis for recognizing life and is based on the idea that only living systems can produce complex molecules that cannot randomly form in any amount, and so we can circumvent the problem of defining life.”

The next step was to find a way to quantify this complexity, which the team did by developing an algorithm that assigns a score to a particular molecule. This is a so-called “Molecular Assembly” (MA) number, which is based on the number of bonds required to build the molecule. Of course, large biogenic molecules would have a higher MA than smaller ones or molecules that are not biogenic (large or small).

To test their method, the team used their algorithm to assign MA numbers to a database of around 2.5 million molecules. Then they used a sample of about 100 small molecules and small protein fragments (peptides) to check the expected correlation between the MA number and the number of peptides a molecule would produce if exposed to a mass spectrometer – the samples in Pieces disassembled and analyzed the number of unique pieces.

This artist’s impression shows the view of the planet in the TOI-178 system furthest from the star. Photo credit: ESO / L. Calçada / spaceengine.org

Working with NASA, the team also examined samples from around the world and some extraterrestrial samples. This included a fragment of the Murchison meteorite, a carbonaceous chondrite meteorite rich in organic molecules that landed in Australia in 1969 (although the sample itself was not biological in origin). They also examined samples of fossil lake sediments from the Holocene (30,000 years ago) and the Middle Miocene (14 million years ago).

From this, the team was able to show that life is the only process that can produce molecules with high MA numbers. They also found that there is an MA threshold which, once exceeded, indicates that life is necessary to produce the molecule in question. Co-author Sara Imari Walker of the School of Earth and Space Exploration at ASU said:

“The method makes it possible to identify life in its biochemistry without prior knowledge. It can therefore be used to search for extraterrestrial life on future NASA missions, and it provides a completely new experimental and theoretical approach to finally uncovering the nature of life in the universe and how it can arise from inanimate chemicals. “

“Living and non-living systems differ in the degree to which they can reliably and demonstrably build highly complex molecular structures,” added Doug Moore, a postdoctoral fellow at ASU’s Beyond Center and co-author of the study. “We wanted to show that this is the case and propose a biosignature that is both biochemically agnostic and practically useful.”

This makes the algorithm the first experimentally verifiable tool for measuring complexity, which makes the algorithm particularly useful in the search for extraterrestrial life. Put simply, it could be tested and validated in a laboratory with instruments dedicated to future missions. By developing an approach that cannot produce false positives, astrobiologists stand a real chance of making the most profound discovery in the history of our species.

In addition to astrobiological research, this tool could also help in researching the origins of life here on earth. The theoretical framework for this tool is one of the first techniques that can quantify how chemical systems process information (a fundamental aspect of life). Co-author Cole Mathis, an ASU alumnus who is currently a postdoctoral fellow at the University of Glasgow:

“We believe that this will enable a completely new approach to understanding the origin of living systems on earth and other worlds and, hopefully, to identify de novo living systems in laboratory experiments. If we understand from a really practical perspective how living systems are able to organize themselves and produce complex molecules, we can use this knowledge to develop and manufacture new drugs and new materials. “

In the coming years a series of missions for the outer solar system are planned to search for life in the “ocean worlds”. Using spectrometers equipped with the MA number algorithm, missions for Europe and Enceladus and Titan could examine the atmosphere, surfaces, plume activity and methane lakes for signs of molecules that only exist in the presence of life.