Google companies are at present unavailable…

5 issues you must know earlier than the… 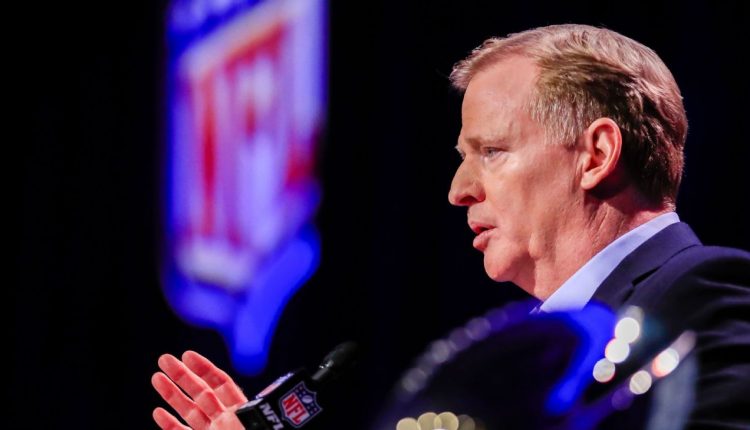 Editor’s Note: Richard Lapchick is a human rights activist, racial equality pioneer, sports expert, scholar, and author. He is President of the Institute for Sports and Social Justice, Chairman of the DeVos Sports Business Management Program at the University of Central Florida, and Director of the Institute for Diversity and Ethics in Sport.

The National Football League’s Race and Gender Reports 2020 report, released Wednesday by the University of Central Florida’s Institute of Diversity and Ethics in Sports (TIDES), shows that while the NFL’s racial diversity continues to improve in certain categories, it continues to improve lag racial and gender equality in some key decision-making positions, particularly at team level.

When TIDES released the 2019 report card in October 2019, no one was prepared for the COVID-19 pandemic, the race bill, and the presidential election that would dominate 2020. In March and April, the world was locked in the early stages of the world pandemic. In May and June, a social and political outbreak exacerbated the already monumental year, supported by a polarizing presidential campaign that lasted until November. Up until that point, the words “social change” and “slowly” were considered inseparable. However, in the period between the 2019 and 2020 NFL Race and Gender Reports, we saw highly competitive change that accelerated in a year.

With the aim of raising awareness and reducing systemic racism, this national mobilization was supported and often led by sport. The largest mass demonstrations in American history included strong protests from athletes, bold initiatives from professional leagues, and huge financial pledges from teams, leagues, and athletes. Highlights included how the entire Jacksonville Jaguars organization marched into the local sheriff’s office during protests against police brutality in June. Many people disapproved of it when Colin Kaepernick first got on his knees in 2016. Now many sports fans support the activism of athletes against racism. Although promising, the sustainability of these efforts is not yet certain. The promise of change cannot satisfy us. It has to be lived.

Sport was a big changer. If it lives up to its ideals, it improves its platform. However, it can also be diminished if it does not live up to these ideals. The race and gender reports are a measure of this. The leagues’ support for player activism is another measure. The NFL obviously has a huge platform due to its historic fan base popularity.

TIDES noted that the NFL a B + For racist recruitment practices, the value rose significantly to 85.5% and was thus 3.2 percentage points above the previous year’s value of 82.3%. However, it is his C, At 73.0%, this was a decrease of 3 percentage points compared to the previous year. This gave the NFL a combined grade of a B-, at 79.2% a slight decrease compared to 79.3% in the previous year. It should be noted that this has been negatively impacted by the change this year to include a note for the CEO / President and for Team Vice Presidents. Without this change, there would have been an even bigger surge in the recruitment of races in 2020. Part of the decrease to 73.0 for recruiting practices is due to the change described above. The same applies to the overall grade of 79.2.

Even so, the NFL has seen improvements in several breed categories since last year’s report, such as: B. an increase from 10.9% to 13.9% for C-suite executives, 12.8% to 13.7% for team vice presidents and 28.0% to 30.5% for league office management . However, the under-representation of women and people of color in key decision-making positions at the team level remains an ongoing problem. For senior administration, the NFL achieved 23.9% compared to 24.4% in the previous year. Professional administration achieved 32.3% compared to 35.9% in the previous year. (The decline in gender grades has been a trend in professional sports for several years.)

On a positive note, the Cleveland Browns announced in January the hiring of Andrew Berry as general manager and executive vice president of football operations, matching him with Chris Grier of the Miami Dolphins as the only two general managers of color in the NFL. Similarly, the Houston Texans and Atlanta Falcons sacked their head coaches and replaced them with black interim coaches through Week 6 of the NFL season. Bill O’Brien was replaced by Romeo Crennel in Houston and Dan Quinn in Atlanta by Raheem Morris. It’s worth noting that the Morris-led Falcons are 4-3 after starting 5-0 under Quinn and the Texans, led by Crennel, are 4-4 after starting 4-4 ​​under O’Brien.

There is reason to be optimistic. Strong anti-racist protests led by players during Race Settlement, standard-setting hiring initiatives set up by the league office, and pioneering attitudes in cities like Washington, DC have paved a clear path for the NFL to improve.

King’s hiring is testament to the NFL’s annual Women’s Careers in Football Forum, run by Samantha Rapoport. Despite its inception just four years ago, 118 women were hired through the program in 2017, including 15 who were hired by teams this season. Last year’s forum was held at the NFL Scouting Combine, just weeks before the pandemic forced a global shutdown. It’s important that the NFL find a way to refresh the forum for its fifth year in 2021, even if it’s virtual.

The league office headed by the commissioner was a bright spot in the report and comprised two large employees of colored people. The League hired Dasha Smith as chief people officer late last year, and she was recently promoted to chief administration officer. The league also named Jonathan Beane Senior Vice President and Chief Diversity and Inclusion Officer.

While these new hires underscore the league office’s focus on improving diversity and inclusion, the challenge of getting involved at the team level has long been felt. A reassessment and revision of existing policies, including the Rooney Rule, were required.

The guidelines were revised in November 2020, when a proposal from NFL membership teams developing colored people for the positions of primary football manager, general manager or head coach presented a compensation draft for the selection of drafts in the third round . If one of these colored and / or female candidates moves to the position of primary football manager or head coach, a team will be compensated with a future draft for the third round.

According to the Rooney rule, the clubs must now interview at least two external color candidates for vacancies as head coach, at least one color candidate for one of the three vacancies as coordinator and at least one external color candidate for a senior football company or general manager position. In addition, the Rooney Rule applies for the first time to a number of managerial positions as clubs must include candidates for colored and / or female applicants in the interview processes for high-level front office positions such as club presidents and officers in communication, Finance, human resources, law, football, sales, marketing, sponsorship, information technology and security.

It’s also worth noting that the NFL updated its media policy in 2020, which has resulted in more visibility and better career advancement for paints assistant coaches. The new policy requires clubs to provide regular and appropriate access to assistant coaches – coordinators / co-head coaches and all senior position coaches – through their public relations departments for media interviews that serve the best interests of the club and the league.

These changes have taken the Rooney Rule a long way since it was passed in 2003 when teams had to interview at least one color candidate for head coaching positions. However, it is evident that these modifications are not a complete cure. As NFL top executive Troy Vincent said in a 2019 Forbes interview, “Diversity is a fact. Inclusion is a choice.”

Between the Rooney Rule and several development programs, there is no longer any question of whether adequate procedures exist to encourage upward mobility of color candidates. These programs include the Bill Walsh Diversity Coaching Fellowship Program founded in 1987, the Fritz Pollard Alliance Partnership founded in 2003, the Nunn-Wooten Scouting Fellowship founded in 2015, and the Quarterback Coaching Summit, first held in 2018.

Perhaps the root of the problem was never down and more likely up. Hopefully the changes made this year at the team level and to the top.

Both Troy Vincent and Jonathan Beane shared their belief that this comprehensive approach will result in lasting real change. Beane told me, “The focus on head coaches, managers and owners gets the most attention, but it is very important to know that these diversity and inclusion efforts apply to all areas of the league: our people, the executive team. In order to promote diversity, equity and inclusion across the NFL in a sustainable way, we have developed a strategic plan that focuses on data so that we can see where the opportunities are. and to make sure we have a welcoming environment, in which everyone can be their authentic selves. We want to operationalize this work throughout the organization so that we can continue to grow and prosper as the best professional sports organization in the world. “

We’ve seen change can be real and quick after player activism surfaced this year with the passionate video message from NFL players to the league and commissioner. I am convinced that Commissioner Roger Goodell heard that message and was changed by it. With player activism turning to the hiring process, I am confident that the agenda will be brought even further to the fore.

I am confident of the changes that will be made in the coming year.

AJ Forbes and Kyle Richardson made important contributions to this column.

Richard E. Lapchick is the Chair of the DeVos Sport Business Management Graduate Program at the University of Central Florida. Lapchick also directs the UCF Institute on Diversity and Ethics in Sport, author of 17 books and the annual Race and Gender Report, and President of the Institute on Sport and Social Justice. He was a regular commentator for ESPN.com on sports diversity issues. Follow him on Twitter @richardlapchick and on Facebook.