Ocean-poor oxygen-poor zones shrank throughout earlier heat intervals. Why are ours rising? – Watt with it? 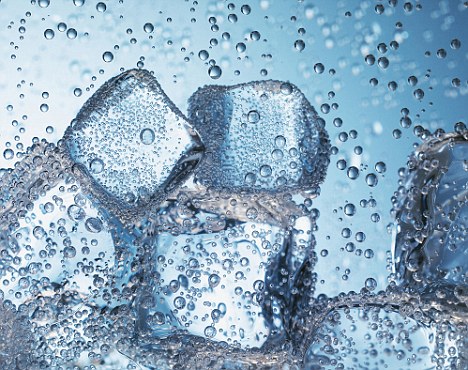 Yet another mystery for mainstream science.

Oxygen-depleted zones in the open ocean have increased over the past 50 years. Scientists attribute this development to rising global temperatures: less oxygen dissolves in warmer water, and the layers of the tropical ocean can become more stratified.

But now, contrary to popular expectations, an international team of scientists led by researchers from the Max Planck Institute for Chemistry and Princeton University has found that oxygen-poor zones have historically shrunk during long warm periods.

“We didn’t expect such a marked effect,” said Alexandra Auderset, first author of the new publication in the journal Nature and currently a visiting scholar at Princeton University. She led the study together with Alfredo Martínez-García at the Max Planck Institute for Chemistry in Mainz, as part of a long-term collaboration with Daniel Sigman’s group at Princeton University.

However, what this means for the current extent of open-ocean low-oxygen zones is not yet clear, Auderset said. “Unfortunately, we don’t yet know whether our discovery of shrinking marine anoxic zones is applicable to the coming decades or just a much longer timeframe,” she said. “Because we have to clarify whether short-term or long-term processes were responsible for the change.”

The abstract of the study;

Improved oxygen supply to the oceans during the Cenozoic interglacial periods

Dissolved oxygen (O2) is essential to most marine ecosystems because it fuels the respiration of organisms and facilitates carbon and nutrient cycling. Oxygen measurements have been interpreted to mean that ocean depleted zones (ODZs) are expanding under global warming1,2. However, models provide an unclear picture of future ODZ change in both the short and long term3,4,5,6. The paleoclimate record can help examine the possible range of ODZ changes in warmer than modern periods. Here we use foraminifera-bound nitrogen (N) isotopes to show that water column denitrification was greatly reduced in the eastern tropical North Pacific during the Middle Miocene Climate Optimum (MMCO) and Early Eocene Climate Optimum (EECO). Because denitrification is restricted to oxygen-poor waters, our results show that during these two Cenozoic periods of sustained warmth, the ODZs contracted rather than expanded. The ODZ contraction may have arisen from a decrease in buoyancy-driven biological productivity in the tropical Pacific, which would have reduced subsurface oxygen demand. Alternatively, the Southern Ocean’s revival of deep-sea ventilation may have weakened the ocean’s “biological carbon pump,” which would have increased deep-sea oxygen. The mechanism at play would have determined whether the ODZ contractions occurred in step with warming or took centuries or millennia to develop. Therefore, while our Cenozoic findings may not necessarily apply to the near future, they may imply that global warming may eventually lead to a contraction of the ODZ.

I am personally surprised by this discovery. I accepted the theory that outgassing from warmer water would slightly reduce ocean oxygen levels, although given the abundance of marine life during previous warm periods, I didn’t think this would be a problem.

Obviously, it would be funny to claim that this startling discovery is evidence that the oceans are cooling, and this may actually be the explanation – sea levels have dropped 6 feet since the end of the Holocene Optimum 6,000 years ago. Perhaps our modern warm period was too short to affect the oxygen changes in the ocean caused by our long-term Holocene cooling trend.

But I accept Princeton’s explanation that we just don’t know.

How will we all know when an AI really turns into sentient?

Guardian: Can video video games change folks’s minds in regards to the local…