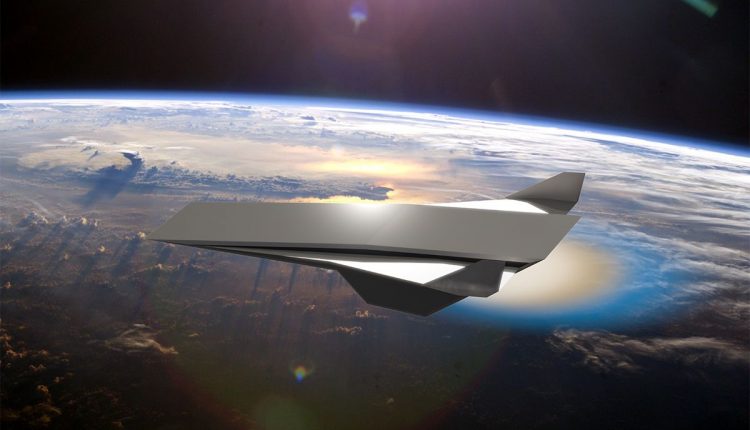 Have you ever felt the need to get somewhere really, really fast? Would Mach 17 work? That’s the speed at which a new prototype engine developed by researchers at the University of Central Florida (UCF) could potentially hurl an airplane through the sky and fly from New York to Los Angeles in less than half an hour. At the heart of this new technology is a new propulsion technology that stabilizes detonations and then uses its shock waves to provide hypersonic propulsion for an aircraft.

Explosions are nothing new in propulsion systems. Internal combustion engines (ICEs) have been using them to move pistons for over 150 years. ICEs use a type of combustion process known as “deflagration”. This process is similar to the fire you would see in a fireplace. Relatively slow and easy to control, they have been used extensively for a variety of processes, from gunpowder to gas stoves.

Example of how an ICE works.

On the other hand, a detonation is a much more violent form of the combustion process. Detonations propagate supersonically and can destroy the fuel with which they are operated extremely quickly. They are also much harder to control and much more dangerous than typical deflagration reactions.

There are benefits to using such a strong response to provide thrust. A rotating detonation motor, in which the detonations move continuously in an annular pattern, has been the subject of research for nearly half a century. Various teams have worked on it, including the team led by Dr. Ahmed at UCF. Last year some team members announced the successful test of an engine with this concept. In their experiment, they carefully controlled the rate at which the fuel was fed into the engine.

In a rotating detonation engine, the detonations have to play against each other, each pushing the exhaust a little faster until it reaches supersonic speed. This requires precise placement of each detonation and typically resulted in relatively short test runs lasting only a few milliseconds, making it impractical to use in a commercial system.

Now they have taken this research one more step forward. The UCF researchers have reached a so-called “oblique detonation wave”. This new type of detonation is stationary and stable for at least a few seconds. This makes them much more practical for use in a real system and solves many of the problems of the rotating detonation motor previously developed.

The engine is still a long way from being used in a commercial system. However, if it were further developed, it could save significant fuel costs. It is estimated that savings can be as high as 25%. It could also be used to power planes and missiles much faster than are currently available – just don’t expect to have them in your car anytime soon. Supersonic cars don’t seem to be getting the blessings of a regulator worth their salt.