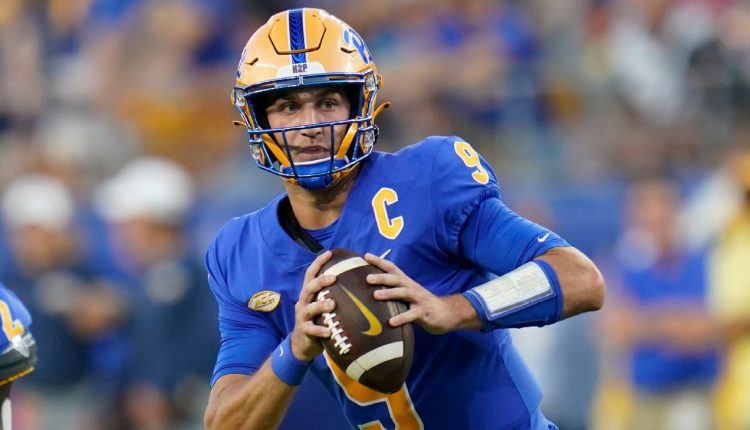 We are 4-2-1 winners starting the year well. Trying to maintain momentum from a year ago and prolong the inevitable regression. We’ve been doing this for years, so you know there will be weeks when the map looks like a garbage mosaic. This folks is one of those weeks. Be glad that two states – that aren’t actual states – San Jose and Kent – didn’t make the final list because it almost happened. These eight did. Eight.

It’s four o’clock in the afternoon here. Always scary – because for the 3:30 p.m. kicks, that means you could start looking for back-up plans. We’ll start with South Carolina – they were closer at home in a fight with Georgia State last week than the bottom line indicates. I don’t know if y’all have decided what to name your rooster but I know I’ve decided I’m going to support Cocky on the road plus the dots in this one.

Pick games every week and compete for prizes! Make your selection

The next one is going to be tricky, because all of you in the Hard Triangle know that we love the Roadrunners. I don’t know if anyone on TV has repeated the 2-1-0 more than once, but you know what we love even more? America. Who Defends America? army does. So, at this point after UTSA’s brutal home loss to Houston in 3OT, with a trip to Austin next week to play Texas, this point screams home team plus the points.

Penn State left West Lafayette with a hard-fought Big Ten win and they head to the prairie in Auburn next week. Will they beat – Ohio – sure. If it’s more than three touchdowns, I say no. Action plus in the Happy Valley.

Do you remember the state of Georgia fighting South Carolina? They now play North Carolina, who was last seen dropping 40 points to App State in the fourth quarter. I’m taking home the Panthers who have some playmakers to keep this game close which won’t be easy because UNC can score.

Is there a rule about having more than one Sunbelt team? Man I hope not ’cause you remember how I love America? I have USA vs Fire Up Chips. Right now you’re wondering – what the hell are you doing, Van Pelt? I don’t know — issue winners? We’ve got South Alabama plus the points against Central Michigan. Do I know a ton about her? Not me. All I know is that I gave them away.

Is there a rule about issuing three Sunbelt teams in a row? What’s happening right now? Marshall plus the points in South Bend. You’re not going to get 55 like last week Marshall, you just have to stay within 20 and we’re good.

I hope no one told Pat Narduzzi that Vegas egregiously disrespected his team this week. It’s true. Panthers are home outsiders to Tennessee. Do you think I’ll stand for it? Hell no, I’m not. I stand by Pat – and Pitt – cheers to Pitt. Panthers at home plus the points. That should be good.

That should be good too. Baylor versus BYU – as Steve often says, buckle up. This is a tough matchup – BYU, the veteran group at home – and I lay the small number at night, so here we go.

Service Academy, Maction, Sun Belt everywhere and I think the earliest favorite in this segment’s history. As I said, a mosaic of absolute ridiculousness. What more could you want for free on TV?

A Swedish start-up plans to carry “industrial origami” to area