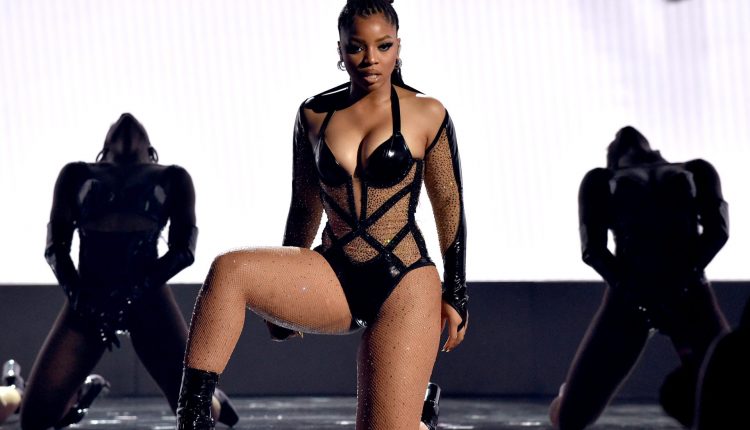 Lawd, have mercy! Fans on social media consider September 10th a new holiday. A year ago today, Chloe Bailey shook the internet when she released her long-awaited solo single, Have Mercy.

As a result of internet hype, the song debuted at number 28 on the Billboard Hot 100 and number 13 on Billboard’s Hot R&B/Hip-Hop Songs chart. The video was released on YouTube the same day and received 4.7 million views in the first 24 hours. A year later, the video has 78 million views.

One year ago today @ChloeBailey released her debut solo single “Have Mercy”👑pic.twitter.com/OwigGaHUhN

If Chloe doesn’t bring anything on Have Mercy Day, I’ll be asoooooo mad as Remix @ChloeBailey

The TikTok is heard all over the world

On July 1, 2021, Chloe Bailey dropped a TikTok on her birthday that sent the internet into an uproar. It was a snippet of the song “Have Mercy” with the caption that read: “This is 23… HAVE MERCY COMING SOON 🍑🙌🏽” This is her most watched TikTok currently at 20.8 million.

Fans took their excitement to Twitter while awaiting and anticipating the new single’s release date.

@ChloeBailey Drop “Have Mercy” before I throw chicken nuggets at you?!??! 👀🙄

I’m just playing… I love you… But leave it anyway. 👀

Halle shows her sister some love

One thing about Chloe and Halle is that they will ride and support each other just like sisters!

The ‘Have Mercy’ performances were ATE every time

Chloe took the stage at the MTV Video Music Awards to perform her new single just two days after it was released. She went on to perform the song on The Tonight Show Starring Jimmy Fallon in October and at the American Music Awards in November.

And in case you were thinking… It’s not done yet

Since the release of “Have Mercy”, Chlöe has brought us countless bops like “Treat Me” and “Surprise”. Fans are practically begging for an album after Chloe takes to IG with 4 different singles for listeners to make their choice.

Finally, despite some negative comments she receives, Chloe continues to rise above the hate and sheds a light on the pressure that social media is putting on her generation. In an interview on Hot 97, she tells social media

“influences us as a generation because we’re constantly comparing the best version of someone else online to the worst version of ourselves,” she continues alone at the end of the day”

What a year it has been for Chloe! #TeaMates, are you all here for this new holiday?