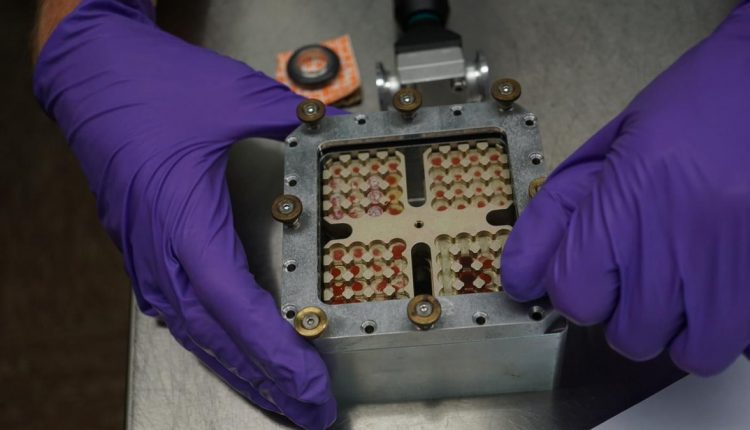 The surface of Mars is a harsh environment for life. But life on earth is also notoriously resilient. Nobody is quite sure yet how microbes from Earth would develop on the surface of Mars. However, the impact of possible transmigration of microbes to the red planet could be immense. Not only could it skew the results of a possible real life on Mars, it could also completely destroy the nascent Mars biosphere.

To understand whether so much disruption is really possible, we must first understand whether any earthly life can survive on Mars itself. According to a new study recently published in Frontiers in Microbiology, the answer to that is yes.

UT discussion about whether we have accidentally infected Mars.

The research, led by a team of scientists from NASA and the German Aerospace Center, used a unique approach to test the viability of living bacteria on the surface of Mars. They sent it into the stratosphere in a balloon.

The stratosphere is surprisingly similar to the surface of Mars, especially in terms of radiation and temperature. The researchers introduced bacteria into this environment using a tool called “Microbes in the Atmosphere for Radiation, Survival and Biological Outcomes” (MARSBOx).

Image of the MARSBOx in the stratosphere where it was used for recent microbe experiments.
Photo credit: NASA

With MARSBOx, the researchers were able to maintain a pressure similar to that in the Martian atmosphere and expose it to a gas mixture that was remarkably similar to the actual atmospheric composition on Mars. The pressure, temperature, radiation, and gaseous contents of the box all make a decent simulacra of what conditions would be like on the surface of Mars. As an additional control, the researchers designed the box to contain two separate chambers, including a shielded one, which they could use to isolate the effects of radiation on the microbes.

Of the various microbes, including bacteria and fungi, that were introduced into the environment, few survived. Black mold seemed to work particularly well in the harsh environment. This didn’t particularly surprise the scientists, as these robust mushrooms previously lived happily on the International Space Station.

Image of the black mold growing on the ISS.
Photo credit: NASA

Despite its ability to exist in the freezing temperatures and in the high-radiation environment of the stratosphere, even the black mold had to be “revived” once it was safely back on the ground. It is not yet clear what, if anything, could trigger this revival on the actual surface of Mars.

If scientists can actually figure out how to use microbes effectively on other worlds, it could be a great potential boon and cause for concern. Bacteria and other microbes are necessary for human biological functions. They also provide access to biochemical processes that would otherwise not be achievable in the cold, sterile environment of the red planet.

Other microbes have been tested to survive in Martian conditions, but have never been exposed to the stratospheric environment.
Photo credit: Maryland Astrobiological Consortium, NASA, STSci

This preliminary study shows how important it is for us to better understand the survival abilities of the microbes in our own world. If used correctly, they could prove to be a great boon to space travel. However, if used incorrectly, they can destroy any chance we have of understanding biogenesis on other worlds.

Mission statement:
The MARSBOx is being prepared for launch in the Germany Aerospace Center.
Photo credit: DLR