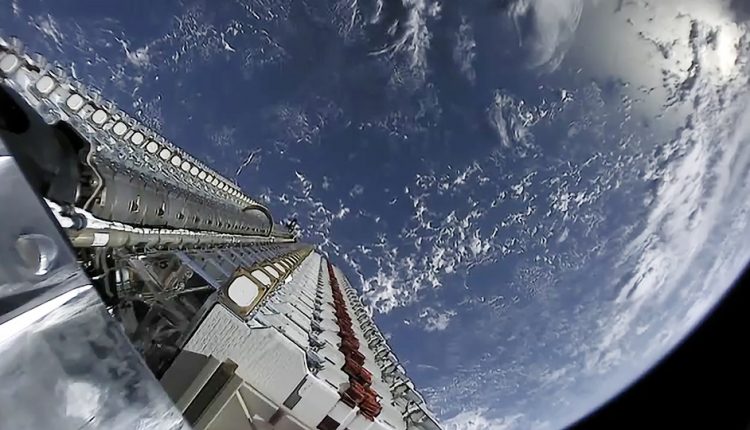 Two companies, OneWeb and SpaceX, are trying to put fleets of thousands of communications satellites into orbit. In March they had their first near miss. Avoidance maneuvers worked, but how many more close calls will you have in the future?

SpaceX has already launched over a thousand of its Starlink global broadband Internet satellites, and competitor OneWeb has launched 146 of its own lofts. Both companies – and several others – are actively preparing for dozens more launches and thousands more satellites.

But while space is a big place, orbits are a valuable resource, especially when so many satellites are already active and so many more are planned. Near misses are inevitable, as both companies discovered on March 30 when they received several “red warnings” from the US Space Force’s 18th Space Control Squadron warning of a possible collision.

The red alert came just 5 days after OneWeb launched 36 satellites from Russia. While the OneWeb constellation orbits at a higher altitude than Starlink, it must pass through those orbits to get to its location.

The Space Force Alert determined that two satellites would fly by within 190 feet of each other – which is not much when both spacecraft are flying at thousands of miles per hour. The collision probability was calculated to be 1.3%.

SpaceX claims to have an AI-powered automated collision avoidance system on board its spacecraft, but the company strangely shut down its system and instead allowed OneWeb to change its satellite’s course. SpaceX did not publicly comment on the event.

The near miss has again prompted calls for more transparency, accountability and coordination of orbital activities. There is no law or authority that forces companies or agencies to move their satellites in the event of a possible collision – just the desire not to destroy faulty hardware and contribute to the spread of harmful space debris.

Even so, no satellites were injured in the event, which is a good thing.

“This event was a great example of how satellite operators can be accountable in the face of the limitations of global best practices,” said Diana McKissock, director of the 18th wing of the Space Force Squadron for data sharing and space security. “They shared their data, they contacted each other, and I think without global regulation that is … the art of the possible.”