Suspicious Science Threatens US Agriculture – Once more – Watts Up With That? 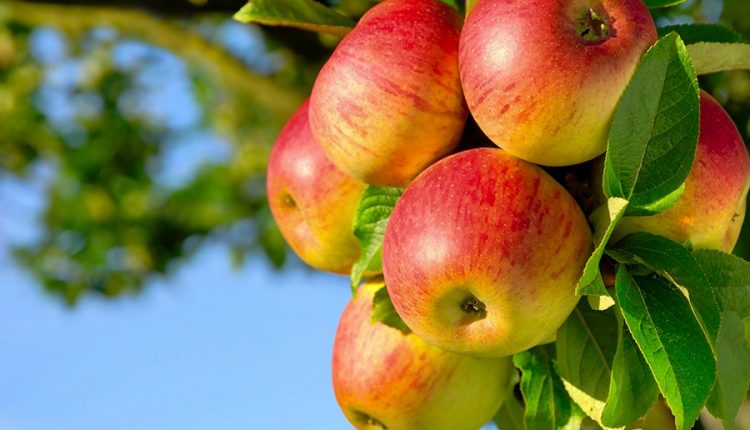 Modern American agriculture has worked wonders over the past 70 years. Conventional agricultural production per acre, and nearly three times corn production overall, increased 500% from 20% less land – and farmers used less water, less fuel, less fertilizer, and fewer pesticides and other chemicals for every bushel of food they harvested. You have all of this with hybrid and genetically engineered seeds, tractors controlled by GPS, devices that can place seeds with precision to the centimeter and apply chemicals in amounts suitable for soil properties that can change every few feet, and many other high-tech advances.

By using weed control chemicals, they don’t have to till and break up the soil, protecting soil organisms, maintaining soil moisture, capturing carbon, saving time and tractor fuel, and preserving more land for wildlife instead of being planted in crops and drastically reducing erosion .

It is therefore surprising and disturbing that environmental groups continue to attack the very fundamentals of this success – specifically, GMO seeds and safe, effective, repeatedly tested, constantly monitored chemicals like glyphosate (Roundup) and neonicotinoid pesticides.

Another long-term goal is atrazine, which is used to prevent deciduous and grass weeds from growing in corn, sorghum, soybeans and sugar cane, on golf courses and lawns, and along highways. It is the second most widely used herbicide after glyphosate and combats glyphosate-resistant weeds. Over a dozen government studies since its inception in 1958 have shown it is safe for humans, animals, and the environment.

Nonetheless, the Center for Biodiversity and other groups opposed to synthetic chemicals sued the Environmental Protection Agency, claiming that endangered species were not properly considered in pesticide reviews. The courts gave the EPA limited time to analyze possible impacts on listed species and determine whether there is “moderate” or “strong” evidence that species and habitats are on the list of “threatened or endangered” fish and wildlife ( FWS) (and candidates are listed) is likely to be killed or otherwise adversely affected by commonly used herbicides and insecticides.

Once the EPA has completed its “biological assessment” of each chemical, it will pass the baton to the EWS for more in-depth, but still inadequate, analysis of the effects on each species – even under tight court deadlines.

Given a legal deadline and the lack of data, funding and staff to adequately assess each of the listed species, the EPA resorted to satellite imagery, nationwide crop and atrazine payloads, computer models, algorithms, extrapolations and best guesses, and available toxicity studies from rats, hamsters , other laboratory animals, and plants that have been tested for the effectiveness of the weed control chemical before emergence. Data was not available (or not used) at the county level, and certainly not at the farm or habitat level.

A document has been drawn up claiming that 1,013 species and 328 endangered or threatened habitats are “likely to be adversely affected” if they encounter atrazine, if it is accidentally sprayed on them, small amounts “drift” into their habitats, or animals Hike in a sprayed yard, farm field or golf course.

These numbers represent the most endangered or threatened species and critical habitats in the continental United States. The numbers would have been higher, except that, as the EPA notes, atrazine manufacturers “have committed to restrict the use of atrazine products to the continental US”.

Ultimately, agencies will have to decide whether to maintain current regulations or restrict or ban atrazine nationwide, regionally, or near some or all of the species’ habitats and occasional pounding grounds.

The EPA’s list includes 36 amphibians, 207 aquatic invertebrates, 190 fish, 47 reptiles, 108 birds, 99 mammals, 160 insects and invertebrates, and 948 plants. At least 8 of the species are already extinct, and dozens more live in mountains, deserts, and other areas that are unlikely to be touched by atrazine.

It’s a commendable effort – perhaps the best possible given the circumstances. It’s just not good enough not to make decisions with such monumental, far-reaching implications for American agriculture, especially since those assessments are likely to lead to many more lawsuits against other vital chemicals.

The agency’s results are presented in complex equations, over 100 pages with explanations of data and methods, as well as nerve-wracking, almost incomprehensible tables that can comprise over 1,800 rows and 30 columns. They are likely to impress citizens and courts, politicians and journalists with the expertise, precision and detail that they purportedly reflect. But in reality, in the end it is mostly GIGO: several uncertainties, several black box analyzes carried out, several incorrect conclusions.

The EPA analysis begins with species whose actual populations and occurrences in certain parts of possible ranges and habitats are largely unknown. Nationwide data on the cultivation of crops and the use of atrazine are then used, averaged and applied to possible habitats and individual plants or animals. These as individuals or species can react very differently to different amounts of atrazine and contact them as a direct or propelling spray. Immediately or for weeks diluted in soil or water, absorbed or brought into contact with the skin.

Other unknown factors include the number of sprays per year; by hand, tractor or airplane; Wind speed and direction as well as ambient temperature at the time of spraying; Distance to habitat or to individual plants or living beings; Amounts that actually contact over time; and whether an individual or species reacts to an unknown amount of atrazine in the same way as an entirely different laboratory animal, with fatal or sublethal effects.

Even assuming a highly optimistic 90% confidence level for each of these 12-15 or more unknowns, the 90% confidence level (0.9) for each element must be multiplied to calculate the ultimate “strongest” indicator of adverse effects – so 0.9 x 0.9 twelve or more times. The best possible scenario is a ridiculously low confidence of 28% or less that the agency’s final results are valid.

That is useless and unacceptable. Decisions that affect our farms, products and dining tables should not be made so carelessly on the basis of such obviously insufficient evidence and rankings.

But let’s say they ban atrazine. What guarantees will we have that this will prolong the existence of species that are already marginal and threatened by myriad other human and natural factors? None.

And what’s next for conventional farmers? There is no substitute for atrazine or other modern herbicides that are more effective, less toxic, and more biodegradable than their predecessors. In their absence, corn yields would drop by nearly 40% – and growers would have to control weeds by hand (from thousands of migrant workers and their children?) And through regular tillage. Food prices would go up.

Soil tillage means that the tractor’s mileage and fuel will skyrocket, the crops will require much more water and irrigation, the soils will lose their integrity, and many organisms will decrease carbon sequestration and erode millions of tons of farmland annually. Millions more acres would need to be planted to produce today’s corn and other crops – and much of that area would come from land that is now wildlife habitat.

It is the worst case “precautionary principle”: always focus on the alleged, highly speculative risks of using chemicals – never the risk of not using them; Always emphasize the risks that a technology could supposedly cause, but often ignore much greater risks that it would reduce or prevent.

If environmentalists, courts and regulators were really concerned about chemical threats to these and other species, they would be looking at not just conventional synthetic chemicals but organic chemicals as well.

Atrazine has an LD50 for rats of 3090, which means it takes 3,090 milligrams per kilogram of body weight to kill half a test group of rats that ingested it orally. Copper sulfate, used in thousands of organic farms, is ten times more toxic: an LD50 of 300. It is deadly to fish, extremely harmful to bird reproductive systems, and highly toxic to humans. The LD50 for Rotenone is 132; A little bit kills every fish in your favorite forest pond. Pyrethrin (LD50: 200-2600 mg / kg) and neem oil (LD50: 3540) slaughter bees positive! Still, they (and many more such nasties) are approved for organic farming in the US, EU and the world.

When will environmentalists ask for a ban on dangerous organic pesticides? When will courts and federal agencies initiate studies of their impact on the EPA’s list of 1,795 threatened and endangered species?

The time has come for all of us to focus on how and where atrazine is actually used – and whether endangered species are actually being exposed (and harmed) to atrazine under the actual conditions of use. If you’d like your voice to be heard, please send your comments by February 19 to case number EPA-HQ-OPP-2020-0514.

Paul Driessen is senior policy advisor to the Committee for a Constructive Tomorrow (www.CFACT.org) and author of books, reports and articles on energy, the environment, climate and human rights issues.

In line with the CDC director, elevating the masks necessities is a mistake