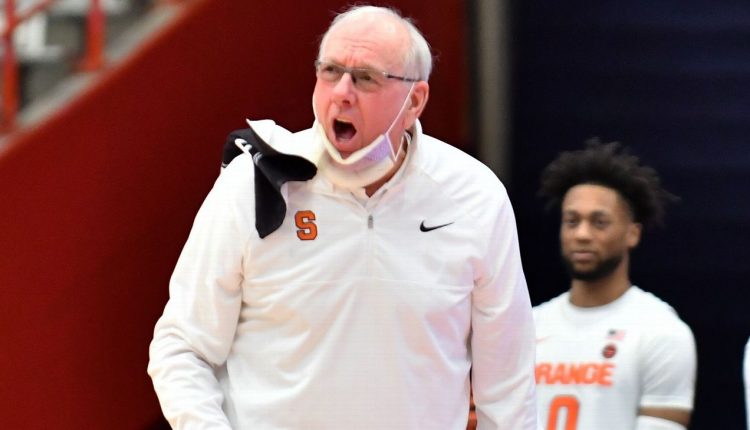 Syracuse men’s basketball coach Jim Boeheim questioned a reporter’s credibility based on his size and alleged lack of basketball experience after a 64:54 home win over Clemson Wednesday night.

On Monday, Matthew Gutierrez, who covers Syracuse Basketball for The Athletic, tweeted that the Orange would be “somewhere around 17-5 overall” and in the field of 68 if the Jesse Edwards and Kadary Richmond reserves had logged more minutes. The duo scored 12 points that day in a 72:70 win over North Carolina.

Gutierrez tweeted Tuesday that he and Boeheim were “all good at it” after discussing his observations. However, on Wednesday Boeheim appeared to be responding to Gutierrez’s original tweet when he was asked a question about the game.

“But if I had played against Jesse and Kadary, we’d probably be 22-2 now,” said Boeheim after Wednesday’s win. “I just haven’t seen that. Couldn’t figure it out for myself after 45 years. I need a reporter to find out … who has never played basketball and is 5-foot-2.”

Edwards (1.9 points per game) and Richmond (6.9 PPG) together scored five points on Wednesday.

Syracuse is a bubble team featured in “Next Four Out” by ESPN insider Joe Lunardi.

Wednesday night wasn’t the first time Boeheim’s remarks drew attention this season. Last month, Boeheim said on his radio show after Duke newcomer Jalen Johnson decided not to prepare for the NBA draft that the proposed lottery “hurt” the Blue Devils, who would become a better team in subsequent games without him were.

After being exposed to criticism, including from ESPN commentator Jay Bilas, Boeheim tried to retrace his comments.

“This is not a scatter that Jalen Johnson is dispelling,” Boeheim said at a press conference after last month’s game. “I haven’t even seen Jalen Johnson play this year, to be honest. He’s a great player. Probably a great professional. I just noticed that I thought she played better in those two games without him to have.” Jay Bilas said I would have said that without him they would be a better team all the time. I did not say that. I didn’t mean to say that. “