The earth’s environment can create a “area hurricane”. 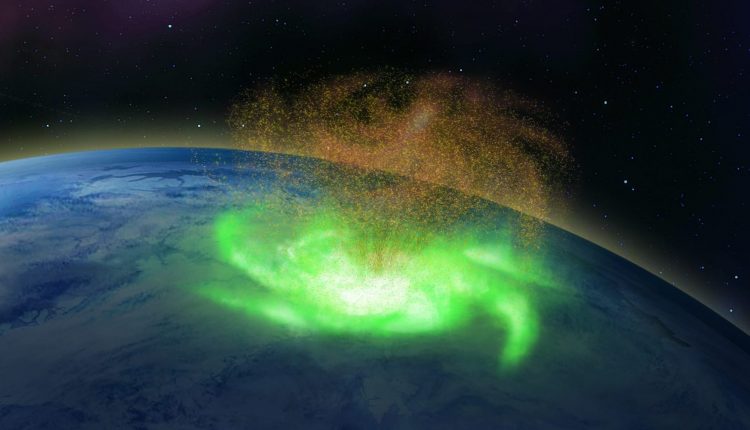 There are hurricanes in space.

Researchers searching archival data found evidence of a previously unobserved phenomenon – a huge swirling mass of plasma over the Earth’s northern polar region. The “space hurricane,” as the science team calls it, whirled around for hours, raining electrons instead of water.

“Until now, it has been uncertain that space plasma hurricanes existed at all, so it is incredible to have such a striking observation to prove it,” said Mike Lockwood, a space scientist at the University of Reading in the UK, in a press release.

The disruption, captured in satellite data from 2014, resembled and acted like hurricanes on Earth. But this rotating storm was a swirling mass of plasma 1,000 km wide that hovered several hundred kilometers above the North Pole. The space hurricane turned counterclockwise, had multiple spiral arms, and lasted almost eight hours before gradually collapsing.

Unlike geomagnetic storms, which result from strong solar activity and fluctuations in solar wind, this event occurred during a period of low solar and geomagnetic activity.

“The hurricane added large amounts of energy and momentum to the ionosphere despite otherwise extremely calm conditions,” the team wrote in their article published in Nature Communications. “The observations and simulations show that the space hurricane is created by constant magnetic reconnection at high latitudes and current continuity over a period of several hours with an interplanetary magnetic field to the north and very low solar wind density and speed.”

Lockwood said, however, that these space hurricanes must be created by unusually large and rapid transfer of solar wind energy and charged particles into the upper atmosphere.

Astronomers have discovered hurricanes on Mars, Saturn, and Jupiter that resemble terrestrial hurricanes in the low atmosphere. There are also “solar tornadoes” – solar gases that swirl in monstrous formations deep in the solar atmosphere and can be several earth radii wide.

However, no space hurricanes like the one captured in 2014 have been reported in the upper atmosphere of the other planets in our solar system. And although the aurora’s vortex structures, called auroral spirals, have been observed over the earth, they are not unusually intense and do not have any characteristics similar to a typical hurricane.

The researchers said the fact that the space hurricane occurred during a period of low geomagnetic activity suggests that they could be relatively common in our solar system and beyond.

“Plasma and magnetic fields in the atmosphere of planets exist throughout the universe, so the results suggest that space hurricanes should be a common phenomenon,” Lockwood said.

The result also underscores the importance of improved surveillance of space weather, which can disrupt GPS signals and data from other satellite systems.

The team consisted of scientists from China, the US, Norway and the UK who used observations from four DMSP (Defense Meteorological Satellite Program) satellites.

Covid masks mandates needs to be lifted as a final resort