This Segway electrical scooter is $170 off in Prime Day sale 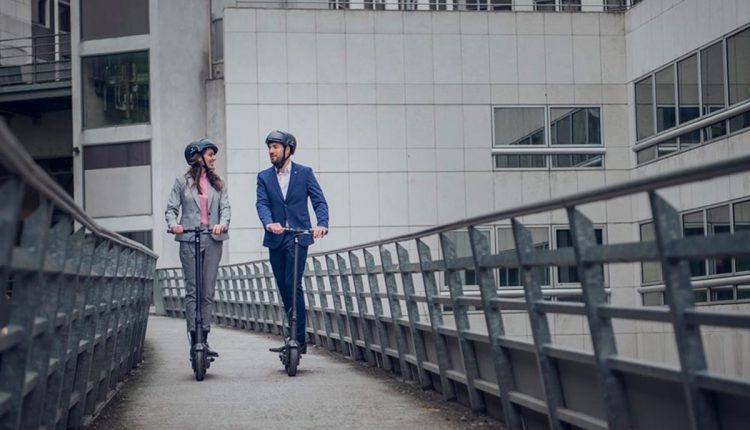 With Amazon’s Prime Day deals in full swing, it’s no surprise other retailers are getting in on the discounts. Best Buy is one of them, and one of the great Best Buy Prime Day deals you can pounce on right now is a $170 discount on the Segway Ninebot KickScooter Max folding electric kick scooter. While it typically costs $1,000, Best Buy has it marked down to just $830 for Prime Day. This discount will end when the Prime Day festivities end on July 14, so click over to Best Buy now and claim your discount on a cool, fun way to get around town.

Why you should buy the Segway KickScooter electric scooter

The Segway name is almost synonymous with electric scooters, as its iconic scooters introduced us to a new way to commute. These days, Segway makes some of the best electric scooters available, though their form factor has changed to be more accessible, more convenient, and more fun. This is especially true of the Segway Ninebot KickScooter Max, a cool electric scooter fit for daily commutes, tricks at the skate park, and for simply riding around the neighborhood. It’s meant to be so much fun, in fact, that Segway has even released the Segway Engine Speaker, an add-on device that makes your scooter sound like a Ferrari, amongst other things.

One issue that has plagued even the best electric skateboards and the best hoverboards is battery life, but the Ninebot KickScooter Max is an electric scooter with battery life that gives you uninterrupted rides. It has a built-in charger that lets riders recharge the scooter easily when on the go without having to carry a long, bulky charging adapter, and it’s able to reach a full charge in just six hours. Even with its powerful drivetrain and ability to climb slopes of up to 20%, the scooter is still able to maintain good battery performance. It also has three riding modes — Eco, Standard, and Sports — allowing you to move into less energy-consuming modes should you need to conserve battery life while you’re riding.

Modern pieces of tech bring with them modern amenities, and the Segway Ninebot KickScooter Max has rear-wheel drive, which offers better acceleration, stability, and braking, alongside front-facing lights that are designed with high-brightness LED lights to illuminate the path ahead of you and increase your visibility to others around you. An intuitive LED dashboard allows you to easily select between the three riding modes, and it displays maintenance signals, power levels, and Bluetooth connectivity. The Segway Ninebot KickScooter Max is one of the most fun pieces of tech you’ll find discounted on Prime Day, so grab a set of the best earbuds, sign up for one of the best music streaming services, and get cruising through the neighborhood with the Segway Ninebot KickScooter Max.

Now three Consecutive Days Of Heat Climate! – Watts Up With That?