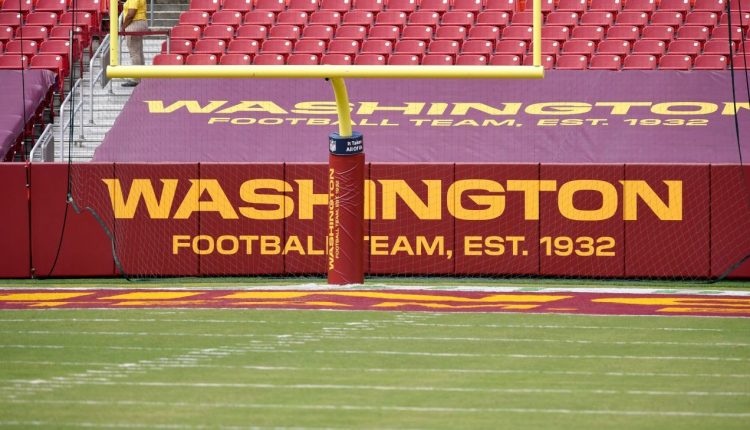 The Washington Football team has reached an agreement with its former cheerleaders who appeared in lewd videos made without their knowledge during the 2008 and 2010 photo shoots on the swimsuit calendar.

Lawyers on both sides upheld the deal, which, according to a source, was actually reached in 2020, despite refusing to say exactly when. The terms of the settlement were not disclosed. The Washington Post first reported on the settlement. No lawsuit was filed.

There were two videos of outtakes during those years that exposed some private parts. Certain props were used to shield these parts of the body and at times these props were inadequate.

The Washington Post discussed the shooting with a former employee, Brad Baker, in August, saying the staff should produce a video of it for owner Dan Snyder, who has denied the claim. Baker worked in the broadcasting division of the franchise from 2007 to 2009. The Post reported on two other sources that a similar video was produced at the behest of the team’s former vice president and play-by-play announcer, Larry Michael. He also denied the charge.

The NFL continues to investigate the organization’s culture, following a series of reports in the Washington Post last summer. The stories detailed allegations of sexual harassment of 15 women against former team employees. NFL commissioner Roger Goodell said last week that the investigation, led by Beth Wilkinson, was “nearing completion”.

“For me, the most important thing is that the Washington football club has already made a lot of changes,” said Goodell. “Dan and Tanya [Snyder] will make these changes for the football club. That’s good to see. But I assume Beth’s recommendations will be added to that. “

Meanwhile, the franchise also announced that it had suspended its cheerleading program during the rebranding when it changed its name and logo. According to several sources, the move is not tied to the investigation. Multiple sources also said they expect the cheer program to return in some ways.

The franchise also informed the band, which formed in 1937 when the franchise moved from Boston, that they too would be on hiatus. But the expectation, a source said, is that the band will return too.

The team wants to choose a name and design a logo first, and then see how they want to rename their other traditions like cheerleading and the band.

A Director of Game-Day Operations must also be recruited who will be instrumental in shaping the fan experience at FedEx Field. Due to COVID-19, neither the band nor the cheerleaders appeared in the stadium this season.

In a statement, Team President Jason Wright said, “It is time to rethink our entire gaming experience and reinvent it in a way that reflects our modern identity and is in line with what today’s fan is looking for.”

The position of cheerleading director has been eliminated. Jamilla Keene, who was in that role, is considering staying with the franchise in another role, according to a source.

The franchise withdrew its previous name last summer. In the fall, Wright told ESPN that it could take up to a year to not only come up with a new name but also complete the branding. He said even if a new name were picked this off-season, they would keep it quiet while they complete the branding process. He said the soccer team originally chosen to be the placeholder is one of the options for a permanent name.