What’s one of the best ways to water vegetation in house? 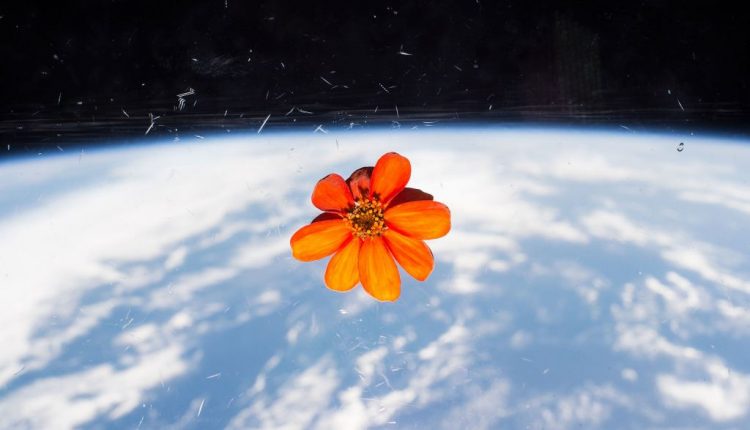 Humans have been constantly present in space on the International Space Station (ISS) for more than 20 years. It is our longest running and most comprehensive experiment in long-term space travel. However, the ISS is constantly supplied with consumables – food, water, and oxygen – so astronauts are largely dependent on Earth. If humanity is ever to live and work in space in the long term, we have to learn to be more self-reliant – and that means growing food in space.

With this in mind, NASA’s Glenn Plant Water Management (PWM) project has carefully studied how best to provide water and aeration for plants growing on the ISS. Previous experiments have shown that plants can grow in space, but microgravity conditions are not ideal.

There is evidence that space makes plants more susceptible to microbial contamination. A crop of zinnias grown on the ISS in 2015 was partially killed by fungi. A little tender, loving care from astronaut Scott Kelly was able to save some of the plants that nursed the remaining zinnias back to health.

Inspired by the science fiction character Mark Watney from Andrew Weir’s The Martian, astronaut Scott Kelly managed to save some of the sick zinnias.

Another significant challenge for gardening in weightlessness is that the plant’s root systems behave differently than they do on earth, which creates unexpected water supply challenges for the plants. The PWM project aims to address this problem.

There are two common ways to deliver water to the roots. The first, like most agricultural soils on earth, is to deliver it through an intermediary: the soil. A second option, known as hydroponics, is to grow the plants directly in water.

To test the effectiveness of these methods, the PWM team delivered artificial plants to the space station. These foam, felt, and sponge creations simulated the root systems and evaporation rate of a real plant (which they did not use significantly to extend the shelf life of the experiment). The simulated plants were “watered” with fruit punch rather than water, which made it easier to see the absorbed fluid and to provide the “plants” with beneficial nutrients and sugars.

One of the main requirements of the project was that the water supply system had to be effective throughout the plant’s life cycle from seed to leaf. If a plant dies during germination (or at a later date) it cannot be harvested. Therefore, the researchers had to consider every phase of life.

The PWM project completed its experiments on the ISS at the beginning of April. The results are still pending, but the team plans to conduct more experiments in the future to further refine the growing techniques.

The PWM project is just the latest in a long history of plant science in space. The first plant ever grown in orbit was an Arabidopsis – a plant related to cabbage and mustard – aboard the Soviet space station Salyut-7 in 1982 (An earlier Soviet experiment succeeded in getting seeds into space in 1966 germinate).

Since then, various plants have been grown on the ISS, including lettuce, Swiss chard, radishes, Chinese cabbage, peas, sunflowers and the aforementioned zinnias. Some of these are used for research purposes, the rest goes straight to the astronauts’ lunch.

Featured image: a zinnia on the ISS with Earth in the background. Photo credit: NASA.

Yung Miami replied to Shannon Clermont on Twitter after calling