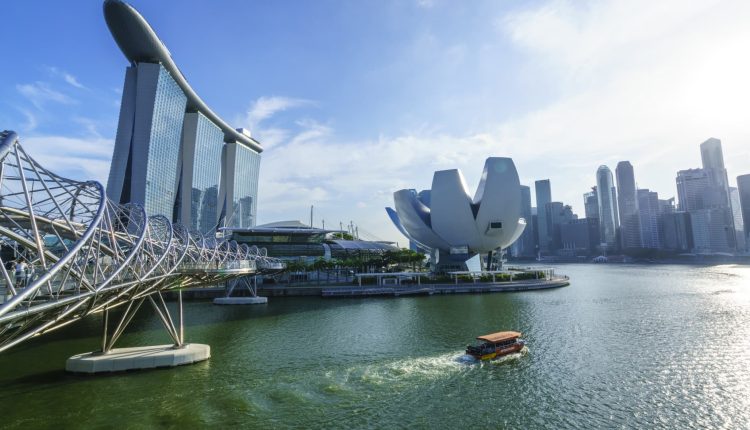 Singapore’s Health Minister Ong Ye Kung told parliament on Monday that the government is not imposing any new restrictions on travelers from China because limited flight capacity combined with its current border policy has resulted in few imported cases — and even fewer severe cases — from China came .

Ong said the government is “very aware” that some Singaporeans are concerned that an influx of visitors from China could lead to a spike in infections.

But he said travel between Singapore and China is “very low” – with fewer than 1,000 people arriving from China every day.

“Up to now, we operate 38 weekly flights from China to Singapore, compared to around 400 flights before Covid,” he said.

Ong acknowledged that a new, more dangerous variant could emerge from China as the virus spreads through its population of 1.4 billion, but said that has not happened so far.

With comprehensive vaccination protection, we can treat Covid-19 as a widespread disease.

Ong said Singapore is monitoring this through GISAID, a non-profit organization which he said receives virus sequencing data from authorities in major Chinese cities and provinces such as Beijing, Shanghai and Sichuan, which is processed at GISAID’s Singapore office.

Although there are “gaps in the data,” Ong said, “the data so far show that the epidemic in China is driven by known variants circulating in other regions of the world” — namely BA.5.2 and BF.7.

So far, more than a dozen countries have announced new rules for visitors from China. But Ong said Singapore has not done so because it has already put in place effective border measures.

“Many countries have dismantled all their border measures,” he said. “Singapore … has maintained relevant measures precisely because we foresaw these risks.”

He said that although “many Singaporeans have forgotten”, all travelers must be either fully vaccinated or tested negative for Covid before entry, which is the same requirement Spain recently announced for travelers from China.

In the same month, seven imported cases became seriously ill, and only one came from China, he said.

“Most were Singaporeans returning from those countries and regions,” he said. “These aren’t big numbers, so the impact on our healthcare system has been very small.”

The government’s “biggest concern” is the emergence of a new, more dangerous variant that could evade vaccine protection – “a nightmare variant [that] can almost drop us back to first place,” said Ong.

In this case, “we may have to reintroduce measures such as strict border controls, quarantine for travelers, social restrictions, including limiting group sizes, until a new and effective vaccine is developed.”

To monitor this, Singapore will remain connected to the “global surveillance system,” he said.

Ong said the other main concern is protecting Singapore’s healthcare system. He said infections were the government’s main concern in the early stages of the pandemic, but since vaccines have been rolled out, it is now focusing on serious infections.

“Over the past 30 days, the number of Covid-19 patients in intensive care has been in the low single digits,” he said. “Therefore, with comprehensive vaccine coverage, we can treat Covid-19 as an endemic disease.”

Ong questioned the effectiveness of some travel rules imposed on Chinese travelers:

Ong added that if Singapore tested all travelers from China, it would raise questions about travelers from other regions, contributing to more infections and severe cases.

“Also by triggering [pre-departure tests] to travelers from a part of the world with high infection rates, are we contributing to an international precedent of testing being imposed on travelers from countries experiencing a surge in infection?”

Ong added, “How will other countries treat travelers from Singapore if we encounter another wave of infections?”

“We do not discriminate”

Singapore appears to have remained in the favor of the Chinese government and its residents. Rein said Chinese travelers are now going to both Singapore and Thailand because “both countries welcome us.”

Singapore Airlines resumed passenger service from Singapore to Beijing in late December. Initially, the service will only run twice a month.

However, flights between Singapore and China account for “less than 10% of the number of pre-Covid flights” – accounting for about 1.5% of Singapore’s Changi Airport’s total flights, Singapore’s Transport Minister S Iswaran said on Monday.

Overall, passenger traffic and weekly flights at Changi Airport have returned to 80% of pre-pandemic levels, he said.

“Singapore and Chinese airlines have requested to operate more flights between the two countries,” Iswaran said, adding that the government was taking a “careful and calibrated” approach to restoring air connectivity with China.

“China’s opening up to the world is great news that we look forward to,” Ong said, adding that the government will carefully adjust travel volumes “at least until the wave of infections in China has subsided significantly.”