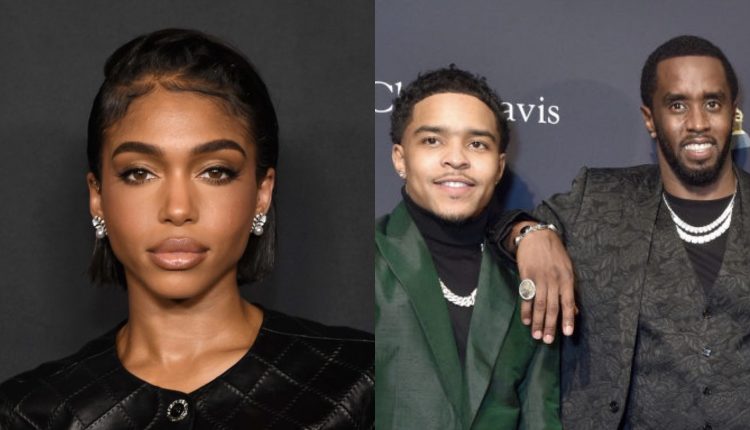 Lori Harvey speaks her piece and shoots down the “biggest misconceptions” shared about her in the media. The 25-year-old recently appeared on E! News and spoke candidly with host Adrienne Bailon-Houghton.

Earlier in the interview, Bailon-Houghton praised Harvey for her recent cover of Essence Magazine’s Black Love issue. And she questioned them and asked how important love was in their lives.

love is so important Love is the basis for everything. And this – the Black Love issue – is the first time they feature a single woman on the cover. I am very honored.

In her interview with Essence, Harvey admitted that she has always been connected to other people and romantic relationships. Then she boldly declared that now was her time.

Houghton-Bailon asked the 25-year-old what inspired her to make this profound statement.

Harvey went on to say that as a single woman, gracing the cover of Essence feels very “empowering” and publicly asserting her independence. And added that 2023 so far feels like she’s coming into her own as a woman.

I’m really learning myself, growing my brand, growing my business. And just focus on me now. I feel like I’ve been focused on so many other things for years…

As the conversation with Bailon-Houghton continued, Harvey shared that she would like people to pass on her grace as she is still a young woman, learning and “figuring things out” in public.

Harvey shared the greatest advice she received from her father, Steve Harvey

The 25-year-old also shared the biggest piece of advice she’s received from her father, Steve Harvey. She revealed the 65-year-old has always reminded her that she is the price of dating and relationships.

It simply means not compromising my values, my happiness, my peace – not settling for less than I know I deserve. And not being afraid to leave a situation when it no longer serves me.

Harvey addresses the “biggest misconceptions” she’s heard about herself

Bailon-Houghton then asked the 25-year-old what she thought was the “biggest misconception” about “who Lori Harvey is.”

It’s so funny because I’m so quiet that so many stories have been made up about me. Like I’ve seen stories of myself being madly in love with someone and we had this whole relationship. And I’ll see the guy and I’ll be like, ‘I’ve actually never met him before.’ Like full blown stories – I’ve heard I’ve dated a father and son before… Absolutely not. And I’ve even heard that I’m a lesbian.

Harvey concluded by saying that she found the stories “hilarious” and “very entertaining.” But she just lets them “roll off her shoulders.”

In 2019, dating rumors circulated about Lori Harvey and Diddy

As The Shade Room previously reported, social media users speculated that Harvey was dating music mogul Diddy after they were spotted in 2019.

Does this guy ever date someone from his own decade 🤨🙄

WOW…. Diddy, why would you make such a decision? Cassie did right to keep going!

People with money🤦🏽‍♀️ hide your son, hide your uncles, hide your brothers. Where the hell is Steve in it 🤷🏽‍♀️

Then, a few months later, photos surfaced of Diddy having lunch on a yacht with Harvey and her family, as reported by The Shade Room.

Diddy (49) is vacationing in Italy with his girlfriend Lori (22), Lori’s stepfather Steve Harvey (62) and Lori’s mother Marjorie (54). So Diddy’s potential mother-in-law is only 6 years older than him. Pictures from the shadow room. pic.twitter.com/NYDOzr6sIF

TMZ then reported that prior to their suspected romance, Harvey was reportedly dating Diddy’s son Justin Combs. The trio were then spotted attending the club reunion later that year in September.

Roommates, what do you think of Harvey’s clarification?

Concrete has an enormous carbon footprint. Graphene might change that